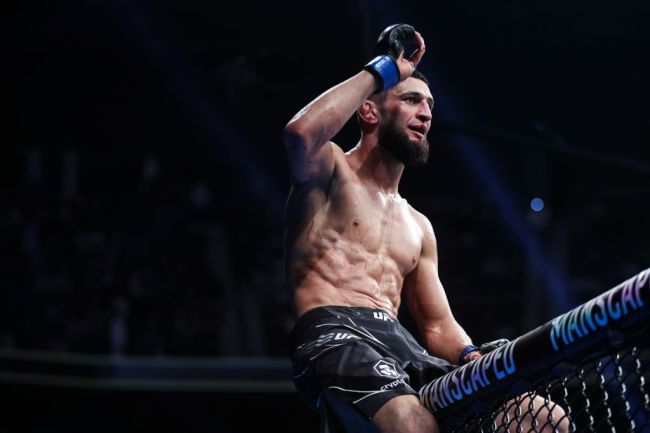 MMA fans finally know who Nate Diaz will meet in his last fight with the UFC. According to ESPN’s Brett Okamoto, Didz will fight Khamzat Chimaev in the headliner for UFC 279.

Nate Diaz's representative Zach Rosenfield confirms the date and opponent of Diaz's next appearance to ESPN.

Adds, "This is a fight Nate has been asking for since the middle of April."

Chimaev gave an ice cold response to the big announcement.

Khamzat Chimaev (@KChimaev) provided this comment about the fight to ESPN. Translated from Swedish by his representative Majdi Shammas.

"I am going to handle Nate Diaz's funeral with the UFC."

While Diaz isn’t the toughest opponent Chimaev has faced at this point in his career, he will certainly be the highest profile matchup yet in his career.

The matchup also represents an opportunity for Chimaev to impress in front of a big crowd as he is a nightmare matchup for Diaz.

Chimaev has put together 5 consecutive wins to start his UFC career, bouncing between the welterweight and middleweight divisions. In this fights, he has displayed plenty of power in his hands and some strong wrestling ability.

During his stints at welterweight, Nate Diaz hasn’t dealt particularly well with wrestlers. He was taken down 3 times by Dong Hyun Kim and spent over 8 minutes on his back during that fight. Then he was taken down 7 times by Rory McDonald in his next fight. In his most recent fight, Diaz was taken down 4 times by Leon Edwards.

If Diaz doesn’t find a way to deal with Chimaev’s wrestling from early on in the fight, this could be a sad ending to Diaz’s memorable UFC career.