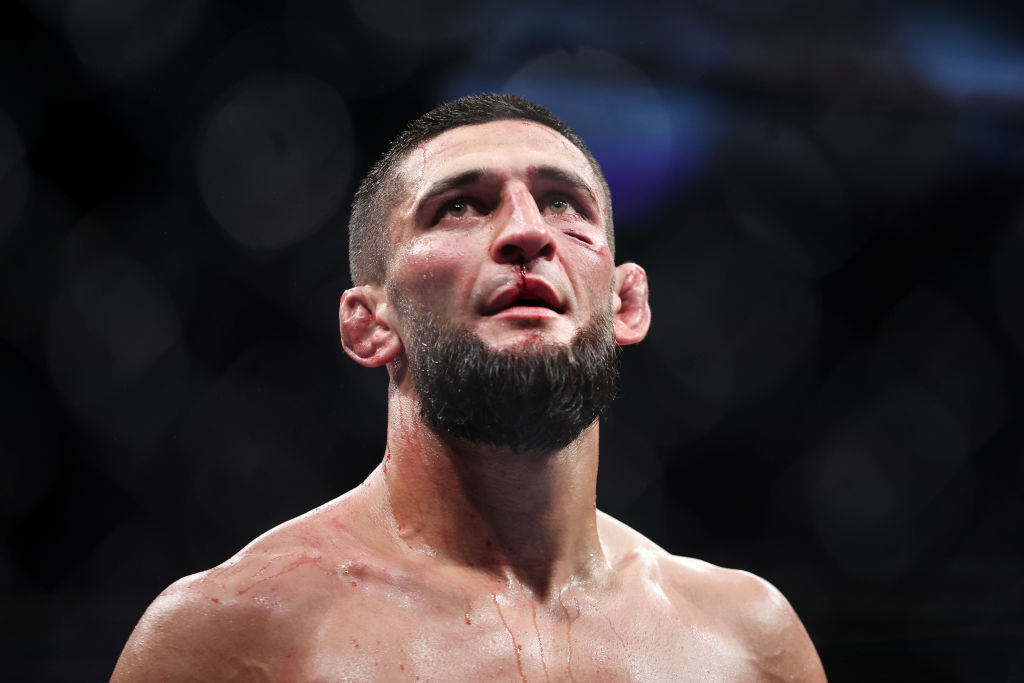 Khamzat Chimaev got into a heated altercation with Khabib Nurmagomedov’s cousin Abubakar at UFC 280.

Several videos show Khamzat shoving Abubakar after a heated discussion and the two having to be separated by a ton of security cageside after the UFC 280 main event had concluded.

Khamzat Chimaev just got into a cageside scuffle after the main event and had to be restrained by security. 😳#UFC280 | Results: https://t.co/ASgbZtcX37 pic.twitter.com/YGQ8Du1ebi

Apparently, Khamzat was angry Abubakar once warned him to “be careful” in a social media post for criticizing Khabib. 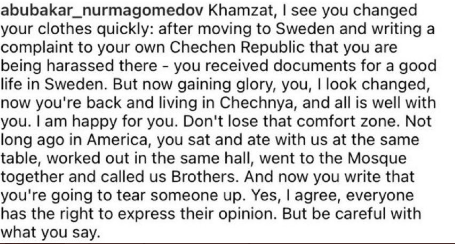 Dana White heard about the cageside scuffle and didn’t think it was a big deal.

Dana is asked about Khamzat scuffling with abubakar nurmagomedov and says "thats what we do here, its a tough business"