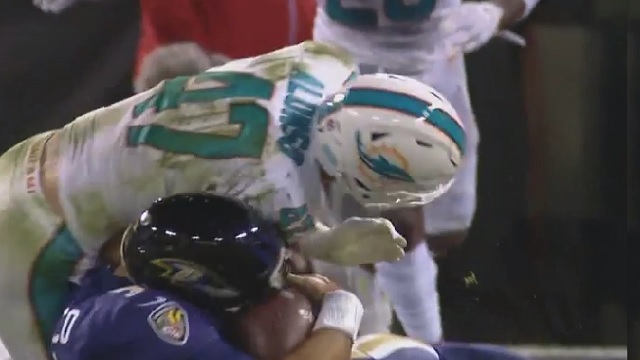 ‘
Dolphins linebacker Kiko Alonso should expect a call from the league office after tonight’s Dolphins-Ravens game. in the second quarter, Alonso knocked out Joe Flacco with a late cheap shot to the head which left the Ravens QB with a dazed look on his face.

Alonso was somehow not ejected for the play but there’s no doubt that he’s going to get fined if not suspended after the NFL takes a look at the film.

Kiko’s about to be suspended.

Oh my God how is Flacco alive.

Alonso gotta get kicked out and suspended for that.