Kiradech Aphibarnrat Was Renting An Apartment Just To Store His Shoes In, His Wife Thought It Was For Something Else 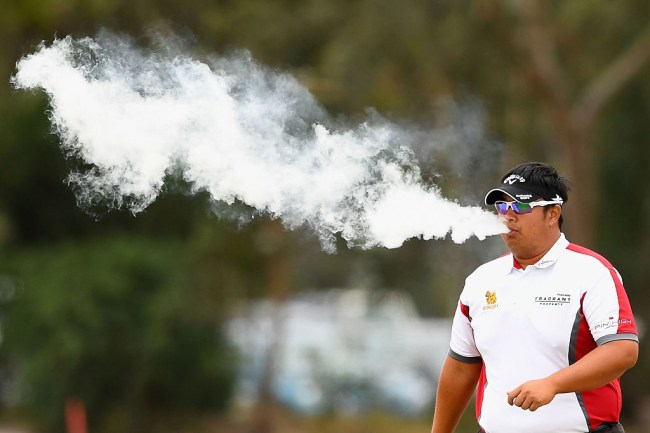 Kiradech Aphibarnrat is one of the most interesting people in the game of golf. The 30-year-old from Bangkok loves supercars, taking a few puffs of the ole’ vape on the course as you can see above and is a massive sneakerhead.

Back in 2017, Vice Sports did a profile on Aphibarnrat where he showed off his Ferrari and how he owned thirty pairs of Yeezys at the time and it turns out he’s still big-time involved in the shoe game.

Aphibarnrat recently sat down with Colt Knost and Drew Stoltz on Golf.com’s Sub Par podcast and revealed that he owns anywhere between 300 and 500 pairs of shoes. He said that he used to buy two pairs each time he purchased shoes, one to wear and one to keep deadstock (or unworn) as sneakerheads like to say.

It goes without saying that in order to own 300-500 pairs of shoes you’ve got to have a pretty large spot to store them. Well, it turns out that Aphibarnrat was renting out an apartment just to store his shoes in. He was also keeping that bit of information from his wife who later found out and she assumed he was using the apartment for other extracurricular activities, not just as a place for his shoes to call home.

.@kiradech likes fast cars, practices shirtless and spends his paychecks on shoes…lots of shoes. On the latest @golf_subpar, Barn-Rat tells @ColtKnost and @thesleezyman about his secret shoe apartment that his wife found…

You can just add this story to the list of what makes the Barn-Rat a legend.

While Aphibarnrat has never won on the PGA Tour, he’s recorded nine Top 10 finishes in his career. He has earned four wins on the European Tour, so he’s earned plenty of money to keep his spending habits on shoes alive and well.