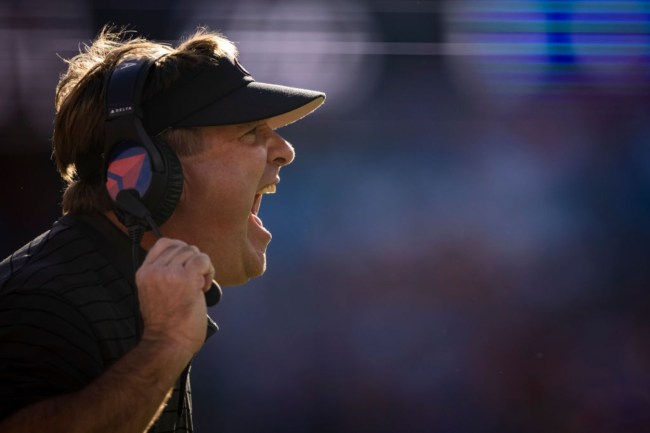 Kirby Smart’s alleged halftime speech during Georgia’s game against Florida has been leaked, and it’s intense, to say the least.

The audio has made the rounds on social media, and according to Sports Illustrated, it is from the Bulldogs’ win over the Gators in Jacksonville only a couple of weeks ago.

Georgia held a 24-0 lead over Florida at halftime thanks to a couple of late scores in the first half, but a 24-point lead clearly wasn’t enough for Smart.

“You know what guys? This is our f–king year, this is our f–king year and we do it by how we play. It’s zero to f–king zero and you make ‘em never want to play again. All that sh-t they’re talking, I love it…Physically I want to break ‘em, I’m talkin’ bout f–king break these b-tches on defense and offense,” Smart shouts during the halftime speech.

Plenty of college football coaches have given similar speeches, telling their players despite what the scoreboard says, it’s a 0-0 game. What makes Smart’s so special is that we actually get to hear him scream it, curse words and all.

Georgia responded to Smart’s halftime speech as it went on to beat Florida 34-7.

Smart isn’t lying when he says “it’s our f–king year.” It certainly looks like Georgia is the best team in college football, and the gap between themselves and the No. 2 team in the country may be quite large.