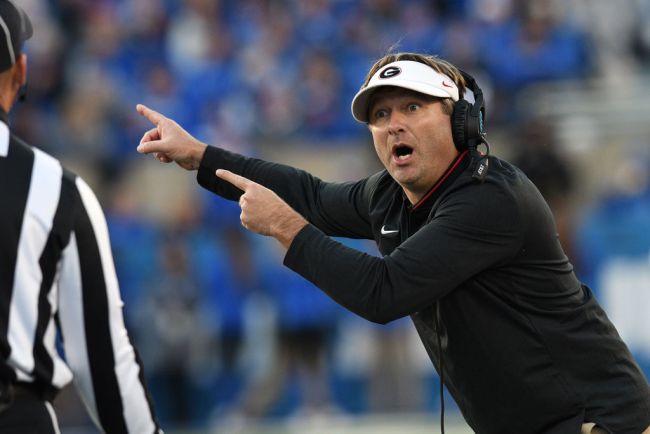 It’s hard to believe, but there are actually some intriguing storylines heading into Saturday’s contest between No. 8 Georgia and 0-8 Vanderbilt. While the game won’t actually be a game at all – the Bulldogs are favored by 35.5 points for a reason – this will be Vanderbilt’s first game after firing head coach Derek Mason while it’ll be the second game Sarah Fuller will suit up as a kicker for the Dores.

Fuller, who became the first woman to ever play in a Power Five football game last Saturday against Missouri after kicking off the second half, is expected to travel with the team to Athens. She could reportedly have some competition, however, as Vandy could bring back a former kicker turned med student.

During his Monday press conference, Georgia head coach Kirby Smart was asked whether or not he was going to talk with his kickoff team about changing its strategy when it comes to Fuller possibly finding herself in harm’s way during the game.

The short answer is no, but Smart elaborated on why he won’t be having any sort of talks with his special teams unit.

I’ve seen some pretty brutal collisions without a helmet and without gear on. I’m sure she can take care of herself when it comes to that. That’s not something we’ve really concerned with because we don’t assign anybody to the kicker.”

Smart is right, no team in the history of football has accounted for the kicker when it comes to kickoff returns. Nothing the Georgia head coach should be taken the wrong way.

The latest reports out of Nashville suggest a number of Vandy players are considering opting out for the Georgia game. It’ll be worth keeping an eye on whether or not the Dores meet the requirements to play the game on Saturday.