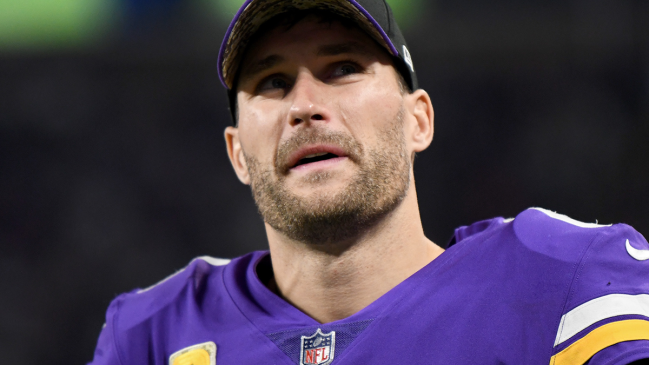 The Minnesota Vikings were expected to be fairly competitive heading into the current NFL season, but it’s safe to say the team has already surpassed those expectations after racking up the 9-2 record that’s given them a five-game lead in the (admittedly dismal) NFC North.

The team can credit a good chunk of its success to Kirk Cousins, who has bounced back in a big way following an underwhelming 2021 campaign defined by some embarrassing brainfarts and some heated exchanges with teammates who had trouble preventing frustrations from boiling over during a disappointing 8-9 season.

However, the Vikings are now clicking on all cylinders, and we got a look at just how immaculate the vibes in the locker room are last month courtesy of a video of Cousins channeling his inner Riff Raff with the help of the teammates who let the shirtless QB wear a collection of iced-out chains on the flight home following a win over the Commanders.

Kirk and the Vikings are LIT on the flight home 🔥

It might be hard to top that, but Cousins hinted he was going to try his best following a win over the Patriots on Thanksgiving when he said he was plannings on following in the footsteps of wide receiver Justin Jefferson by getting his own pair of custom grills for his teeth.

It may have sounded like a joke, but Cousins appears to be very serious about following through on that promise.

According to Andrew Krammer of The Star Tribune, the quarterback’s agent has already gotten multiple offers from dentists willing to help make his dream come true.

Kirk Cousins said a grill is "in the works" … "My agent has gotten probably six emails from dentists" all the way from Canada saying they can get it done.