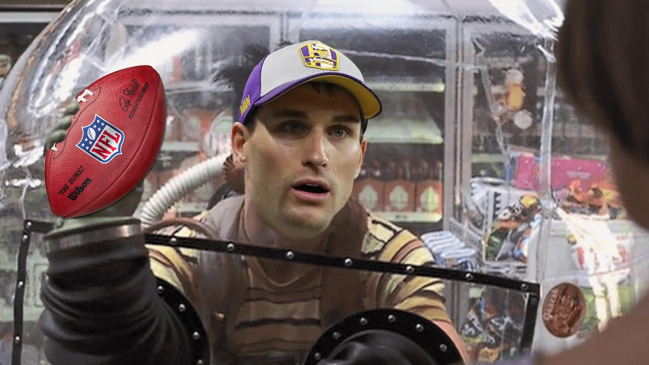 Minnesota Vikings quarterback Kirk Cousins has made the decision to not get vaccinated for COVID-19. With the NFL having strict protocols in place, his life this season will be more difficult than a fully vaccinated player.

To protect himself from getting or spreading the virus, Cousins has thought outside of the box, or in this case, inside the box.

According to Kevin Seifert of ESPN, Cousins has thought about surrounding himself with plexiglass while inside the Vikings’ QB room. That’s a real thing that a quarterback in the National Football League said.

Cousins said he has thought about surrounding himself with plexiglass in the QB room. He was asked why he would go to such lengths when a vaccine would be far more effective and efficient. He said the decision is personal and private.

Cousins’ comments come after he, and backup QB Nate Stanley, were forced to miss four practices after being deemed high-risk close contacts. Both Stanley and Cousins were exposed to Kellen Mond who tested positive.

Vikings head coach Mike Zimmer had some strong words for Cousins and anyone unvaccinated for that matter after three of his quarterbacks had to miss an extended period of time. Jake Browning took over QB duties for Minnesota with so many arms missing.

“I am disappointed that this happened. I’m frustrated, not just with my football players who didn’t get vaccinated, but I’m frustrated with everybody [who didn’t]. We’ll just do the best we can. It’s just disappointing.”

“Jake’s really smart,” Zimmer said. “He’s vaccinated, that helps to be the backup. So as we move forward here, he’s gonna get a ton of reps tonight. … He’s out there, he’s available, that’s important. It’s important to be available when you’re playing football, a team sport.”

Cousins will undoubtedly catch a ton of heat for his decision to not get vaccinated and then sharing this thought about quite literally surrounding himself in plexiglass to protect himself and others.

If there is one player in the league that may start walking around his team’s facility inside of a bubble, it has to be Cousins.