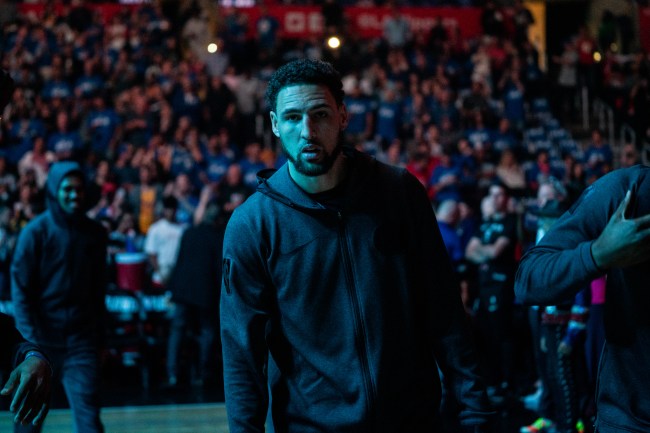 The Golden State Warriors and Klay Thompson could be headed for a messy breakup this offseason.

Just yesterday ESPN’s Adrian Wojnarowski detailed how Klay would seriously consider leaving the Warriors if they don’t offer him near max.

“If they come with a five-year, $190 million max deal for Klay Thompson, that’s done on July 1. He’s going into the new building with Steph Curry. If they try to do anything less than that, you can expect Klay Thompson to be out in free agency. Watch not for the Lakers then, but the Clippers.”

According to Stephen A. Smith Thompson may leave the Warriors because he’s unhappy being the third option for the team.

I have not spoken to Klay Thompson, in fairness to Klay Thompson. Let me be clear about that. I’m told Klay Thompson isn’t happy. His number hasn’t been called nearly enough. He’s tired of sitting around and getting quote, unquote – this is a quote – the crumbs left behind by other people

All white noise. The only ones leaving that team are KD and Boogie, everyone else will be back and hated by the rest of the league.

@sienange @mjsalem66 see what the media is trying to push 😂😂😂