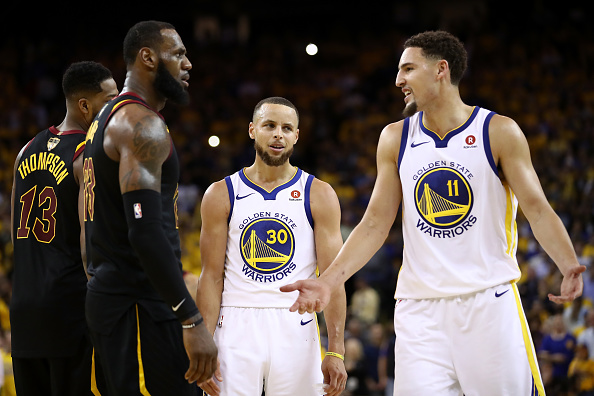 After the Cavs came back from a 3-1 lead to win the championship back in 2016 it seems like LeBron and company had fun trolling the Warriors.

And here are pics of the infamous Halloween party hosted by LeBron which mocked the Warriors for blowing a 3-1 lead.

Before the Warriors trip to Cleveland this week, Klay Thompson spoke to The Athletic’s Anthony Slater and was reminded of the Cavs’ pettiness after the 2016 finals.

Via The Athletic (subcription only)

“Oh, yeah. Ha!”. “That was funny. Look how that turned out. Pssh. Bums. That was crazy. I forgot about that. Well, look at what pettiness gets you. Gets you 1-8 in the Finals. Idiots.”

Former Cavs player Dahntay Jones LeBron wasn’t the person who ordered the decorations at the Halloween party but at this point it doesn’t matter because everyone just assumes it was him.