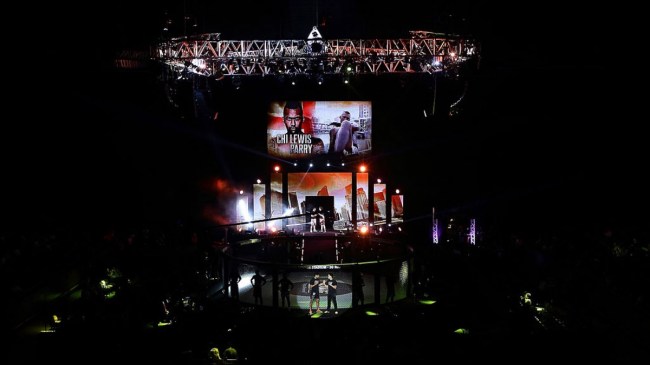 For many American fans, last night’s OneFC card might not have been something that was really on their radar. Live from Singapore, the fights aired on Amazon Prime and had a main event that featured a former UFC bantamweight contender.

That main event saw John Lineker, who had his bantamweight title stripped because he missed weight before the fight, taking on Fabricio Andrade, a fighter who had won 7 consecutive fights and a ton of Muay Thai experience.

Early on, the fight was everything that fans could have hoped for. The fight was a back and forth affair that mostly took place on the feet, with Andrade showcasing the technical prowess he had developed over the course of his Muay Thai career and Lineker reminding everybody of the ridiculous power that made him such a dangerous opponent in the UFC.

After 2 rounds, both fighters had experienced moments where they had the upper hand, each hurting their opponent over the first 2 rounds. They each entered the 3rd round looking to find an edge. Unfortunately, the 3rd round would see the fight come to a disappointing conclusion.

Andrade found success throughout the fight throwing a vicious knee to the body of Lineker. A little over 2 and a half minutes into Round 3, he landed his best one yet. He drilled Lineker with a knee to the body that had Lineker doubled over in pain. He went to follow up the damaging strike, but unfortunately, his next knee had a different outcome.

The next one landed directly to the groin of Lineker. To make the situation worse, the knee landed so hard and cleanly that it shattered Lineker’s cup.

It’s a truly remarkable moment in MMA. It’s something you don’t see frequently, if ever. Even when Gabriel Gonzaga kicked Chris Tuchscherer so hard in the groin that he was dry heaving in the cage, h didn’t shatter the cup and that was a heavyweight fight.

It’s unfortunate that such an exciting fight had to end this way, but hopefully fans will get the chance to see a rematch once John Lineker has had a chance to recover from such a devastating blow.