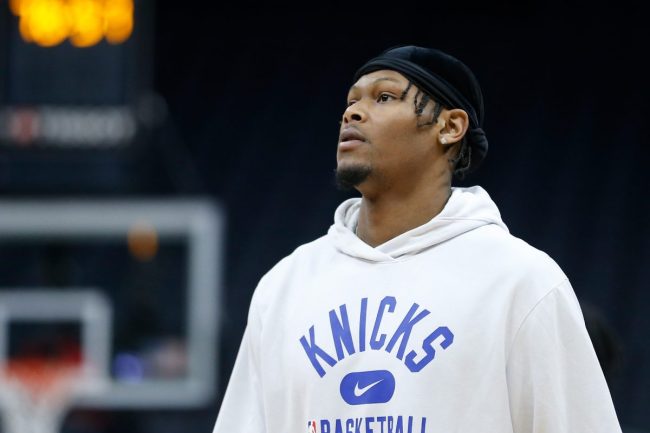 Things are getting a bit awkward in New York on the basketball front. A series of recent events revolving around wing Cam Reddish has Knicks fans confused.

Reports broke Thursday that Reddish wanted out of the Big Apple, hoping to find a location when he can have a bigger starring role. While he’s been productive on the roster with the Knicks, he only played around 14 minutes per game with the squad last season. This after having a more notable role for two and a half seasons in Atlanta.

The Post has learned Reddish wants a change of scenery from New York after he was traded there in January and didn’t initially crack the rotation to build confidence. An NBA source said Reddish is looking for a larger role.

According to an NBA source, Reddish, too, was leery of the trade to the Knicks because he also saw a logjam at the wing, including his former Duke teammate, RJ Barrett, being the man there. Reddish said in his opening remarks he still feels he could be “a star” and most scouts think he’s more athletic than Barrett.

The Knicks are choosing to roll with RJ Barrett, who recently signed an extension. While Reddish apparently wants out of New York, the Knicks might not have caught the hint.

The Knicks’ social media team wished Cam Reddish a Happy Birthday shortly after these trade rumors surfaced. Fans don’t know what to think about the situation in New York.

The timing of the birthday post couldn’t have been better, and fans were quick to react. Check out a few of the hilarious responses below.

Whose gonna tell them? pic.twitter.com/Sbi29hszL9

One fan said, “Delete this,” with news of a potential trade looming.

Others had a laugh at the Knicks’ media team, who might not know about the report from Berman.

It couldn’t have been timed better.

Admin… not the time right now.

It will be interesting to follow this story over the offseason. The Lakers have been linked as a team to watch should New York choose to get rid of Reddish. That might include piecing together a three-team deal with Utah that would include Russell Westbrook and Donovan Mitchell, too.