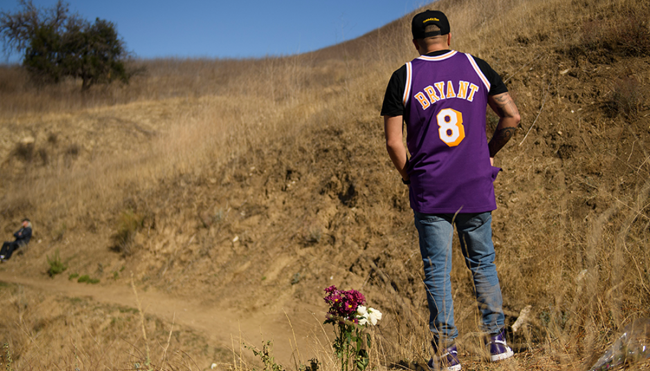 It’s somehow been more than a year-and-a-half since the world was blindsided by the news that Kobe Bryant and his daughter Gianna had passed away in a helicopter crash that also claimed the lives of the seven other people on board, a tragedy that still feels almost as surreal as it did on the day details about the disaster began to trickle out.

Bryant had a reputation for bringing out the best in other people with the help of the Black Mamba Mentality that made him the legend he’ll always be. However, as is far too often the case, his death also managed to bring out the absolute worst in far too many people, including a scammer who attempted to profit off of his and Gianna’s memory and the multiple first responders who circulated pictures of the bodies they photographed inside the wreckage.

The same can be said for the rubberneckers who quickly assembled near the crash site to try to get a glimpse—many of whom made an appearance in a surreal documentary that was recently released courtesy of a film crew that inadvertently found itself as part of the media circus that was quickly erected on that fateful day.

Earlier this week, director Xavier Rotnofsky released Calabasas 1/26/20, which features footage captured by a crew that had originally headed to the area that morning to film a group of “UFO summoners” who called off the gathering due to heavy fog—the same fog that played a significant role in the helicopter crash they suddenly found themselves covering.

The documentary provides a fascinating look at the immediate aftermath of the tragedy, as the people behind it made the decision to primarily focus their lenses on the onlookers who were intent on pointing theirs at the wreckage—including aspiring podcasters, a shameless member of the paparazzi, and one woman who was oddly intent on smiling while posing for a photo with the smoldering wreck in the background (I’d be remiss if I didn’t mention the vendors who flocked to the scene to serve up fresh hot dogs to the masses).

We live in a truly bizarre world.