Woman Sent To Prison For Trying To Profit Off Kobe’s Death, Lying About Friendships With LeBron And Taylor Swift 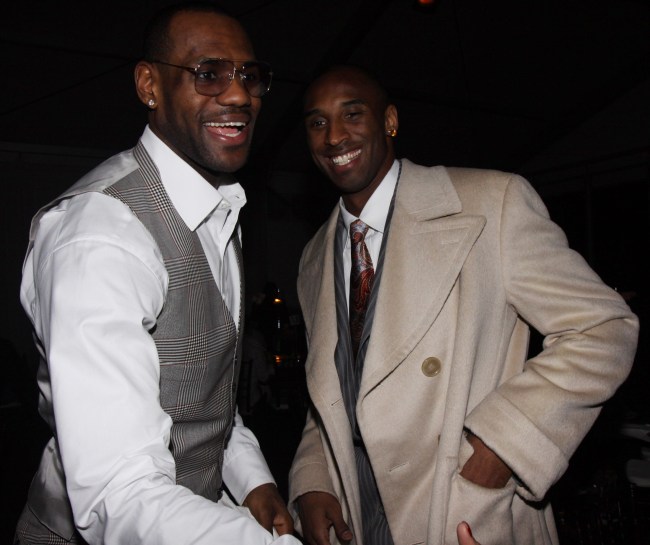 A California woman, who recently completed a 79-month federal prison sentence for a $15 million bank fraud scheme, is going back to prison for attempting to profit off Kobe Bryant’s death and lying about having friendships with huge celebrities.

Carolyn Marie Jones, 57, was sentenced to 20 months in federal prison on Monday in Los Angeles by U.S. District Judge Michael W. Fitzgerald. Jones admitted that she violated the terms of her supervised release after she tried to swindle investors with her deceitful company.

Jones told investors that she was a “successful and well-connected denim jeans entrepreneur,” according to Tuesday’s press release from the U.S. Attorney’s Office for the Central District of California.

Jones lied to investors by assuring them that she was selling jeans to major retailers and numerous celebrities supported her denim brand, including the Kardashian and Jenner families, Will Smith, Jada Pinkett Smith, Taylor Swift, Floyd Mayweather, and Chrissy Teigen.

Jones allegedly told one of the victims, “Of course the entire Kardashian/Jenner clan know about what we are doing…I get calls all the time about our next steps…” and said, “T. Swift will wear the jeans for sure.”

Jones fraudulently claimed that Los Angeles Lakers star LeBron James had offered her $500,000 for equity in her denim company, according to the feds. She allegedly told people that CBS This Morning co-host Gayle King served on the company’s board of directors.

Jones even tried to use the tragic deaths of Kobe Bryant and his 13-year-old daughter as a reported sales pitch for her denim venture.

“In the wake of the helicopter crash that killed Kobe Bryant and one of his daughters, [Jones] used their deaths as a way to prop up her company and bolster her carefully-crafted image of being a well-connected entrepreneur,” the government’s sentencing memorandum states.

Text messages from Jones to a possible investor show she fraudulently told them that she was in contact with the Bryant family following the crash, and consoling them. Jones reportedly lied to an investor, saying that before Kobe’s death, Bryant wanted his daughters to be the “face” of her denim brand.

According to Heavy, Jones told one of the victims:

I am devastated — now we really have work to do. Kobe wanted his daughters to be the face of our brand…I have been in shock all morning…I have already spoken to the family. My phone is ringing like crazy, so if I don’t get back to you just know that we have to be as supportive as possible right know. I also knew the Altobellis from all of the years that they were partners/associates/friends in sporting events with the Bryant’s…just keep praying for everyone involved.

The Altobellis were the family friends of the Bryant family who also died in the helicopter crash in Calabasas. Orange Coast College baseball coach John Altobelli and his wife, Keri Altobelli, and their 14-year-old daughter, Alyssa Altobelli, who was a basketball teammate of Gianna Bryant.

IRS Criminal Investigation Special Agent Ryan Asato said in court documents that Jones used Craigslist ads to try to lure victims. One December 2109 post was titled “Seeking Financial Partner!! Up to 25k.” She was able to convince one victim to withdraw thousands from his retirement savings account.

Federal prosecutors wrote in a memo to Judge Fitzgerald that read, “As her criminal history and latest fraud scheme make clear, defendant is no ordinary individual before the Court on a supervised release petition. She is a savvy fraudster with a shrewd ability to defraud both sophisticated banks and individual investors alike”

Judge Fitzgerald told Jones “this is the final chance,” and if she violated her supervised release when she gets out of prison, he would give her the “harshest sentence” allowed by law.