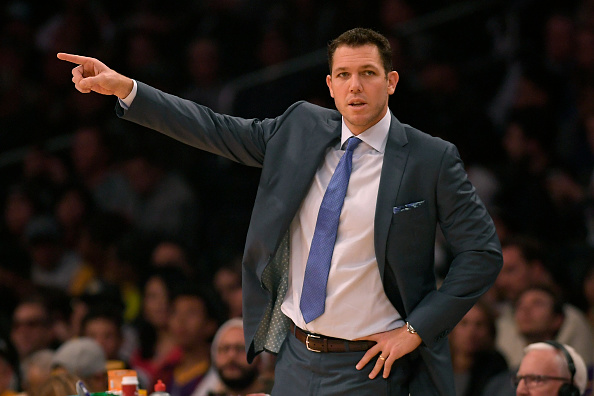 Many fans are already calling for the firing of head coach Luke Walton after last night’s embarrassing 108-86 loss to the Minnesota Timberwolves which dropped the Lakers to 1-5 without LeBron this season.

I’m usually a Luke Walton apologist, but he was so, so bad tonight.

(How does Thibodeau gets fire before Luke Walton???) Timberwolves fired Thibodeau. Why now? https://t.co/zxCIhkpr58

@Lakers & @MagicJohnson need to fire Luke Walton. Please.. its been 3 years. Look at Sixers, look at other teams like denver or miami with less superstars. This time its not the players its the coach

Let’s fire Luke Walton while we’re at it https://t.co/qWEm40Vok0

Kobe Bryant, who played with Walton in the 00’s, came out on Twitter to support his former teammate.

Relax. Entire squad is damn near out. Were playing pretty well before that #gethealthy #lakerfam https://t.co/ZvYYIxmY4R

It doesn’t seem like the Lakers are thinking about firing as of yet but if they miss out on the playoffs I’m not sure he makes another season with the team.

Yes, those were a bad couple of losses by the Lakers. But with LeBron + scorers out w/ injuries, from what I gather this isn’t falling on Luke Walton as far as management is concerned.