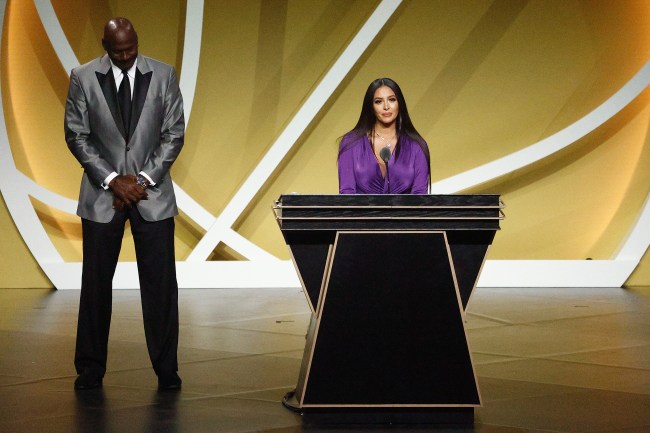 During Saturday night’s Naismith Memorial Basketball Hall of Fame ceremony, Vanessa thanked Kobe’s parents and said she had invited them to the enshrinement because that’s what Kobe had wanted.

Vanessa Bryant says Kobe wanted his estranged parents to come to his Hall of Fame ceremony before his death, Vanessa thanks Pam and Joe Bryant for raising Kobe pic.twitter.com/e9dIyv19fd

“He didn’t really talk about upcoming awards but he did mention this one a week before he and Gigi passed. My husband and I were sitting at our kitchen island and he and I had a conversation about my mother and father-in-law attending tonight’s enshrinement. I invited my mother and father-in-law to tonight’s enshrinement to thank them for bringing one of the most amazing human beings into this world. Pam and Joe thank you for raising Kobe for being exceptional”

Model Anansa Sims, who happens to be Matt Barnes’ ex-wife and best friends with Kobe’s sister Shaya, revealed why Pamela and Joe were missing from the ceremony on Saturday night.

After posting a message on behalf of Shaya Bryant on her Instagram page, Anansa responded to a comment bashing Kobe’s parents for not being at the memorial. According to Anansa, Kobe’s parents chose not to attend the ceremony because they felt “disrespected” at his memorial, were not “personally invited” to the event, and had no idea Kobe had wanted them to go to his Hall of Fame ceremony.

“His parents didn’t just choose not to go to the HOF. His parents were totally disrespected at the memorial. They weren’t personally invited to the HOF,”

Via The Neighborhood Talk 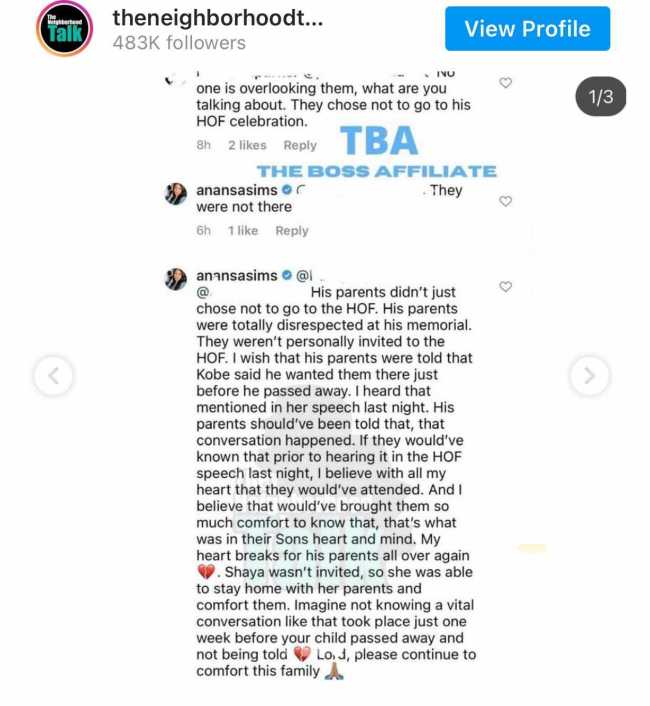 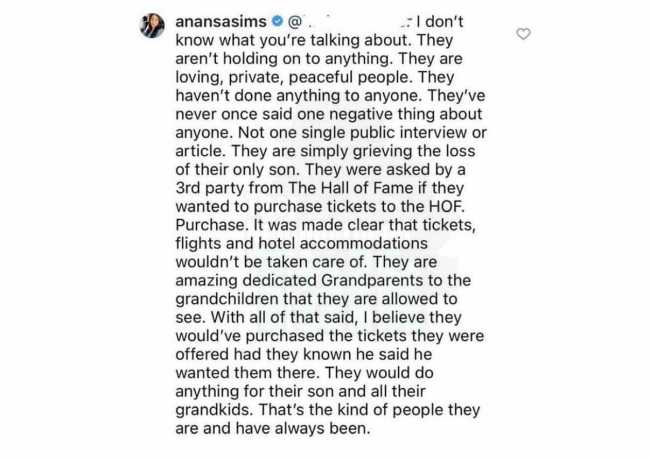 For those who don’t know, Kobe was not on speaking terms with his parents prior to his death due to the fact he was angry at them for selling his memorabilia behind his back among other things. Hopefully, Kobe’s’ parents and Vanessa Bryant work things out one day for the sake of their grandchildren.