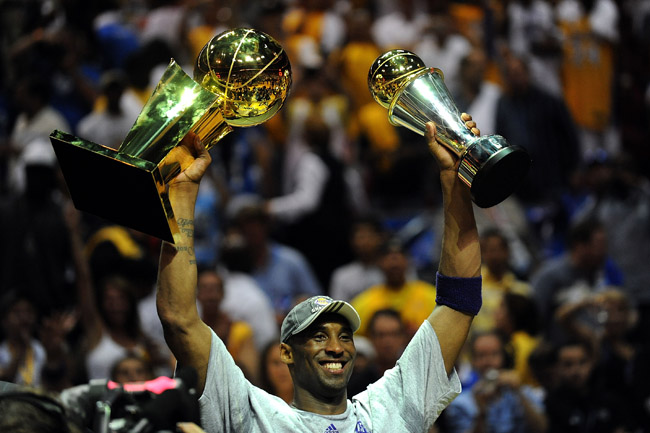 Kobe Bryant is freshly retired, but he’s still taking shots. This time aimed at his parents, former NBA forward Joe “Jellybean” Bryant and his wife Pam, who were both absent in their son’s final NBA game ever.

In a longform piece written by ESPN’s Ramona Shelburne, Kobe candidly discusses how his once close relationship with his parents soured after Kobe felt his parents were never satisfied with what he provided for them. He hasn’t spoken to them in over three years.

“Our relationship is shit,” he says. “I say [to them], ‘I’m going to buy you a very nice home, and the response is ‘That’s not good enough’?” he says. “Then you’re selling my shit?”

Kobe is of course talking about the ugly incident back in 2013 when Joe and Pam went behind Kobe’s back and attempted to auction off six of their son’s memorabilia items–including two of  high school uniforms and two rings for the  2000 Lakers championship team.

Bryant then sued Goldin Auctions, the brokerage company his parents used, which was met with a counter suit that maintained that Pamela was the owner of the items, revealing that the company had already given her an advance of $450,000 to pay for a new home for Bryant’s father and herself in Las Vegas. His parents then issued an apology.

Kobe also revealed the strain on the relationship he had with his sisters, Sharia and Shaya, after he claims they were relying too heavily on their brother providing for them instead of seeking out their own identities.

“They’re very smart, college-educated [women],” Kobe says. “I’m really proud of them. They were able to get their own jobs, get their own lives, take care of themselves. Now they have a better sense of self, of who they are as people, instead of being resentful because they were relying on me.

Bryant addressed how he had to make the difficult decision of cutting them off financially so they could find their own way.

Yikes. Hopefully, now that the spotlight on Bryant will become dimmer as he settles into retirement, he can work on repairing the relationships that fame, fortune, and success dismantled.