Kobe Bryant Reacts To LeBron James Signing With The Lakers 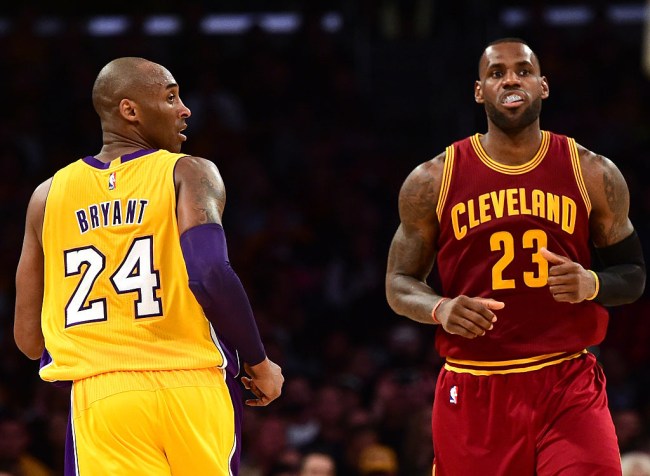 Earlier tonight, LeBron James announced that he was signing with the Los Angeles Lakers.

Kobe Bryant was immediately asked by ESPN’s Ramona Shelburne what his thoughts were to the Lakers signing LeBron and this was his answer.

Kobe Bryant will have a lot to say about LeBron in due time. For now, he says in all caps, “I LOVE IT.”

It’ll be interesting how Kobe’s relationship with LeBron will play out in L.A. considering Kobe was fairly critical of LeBron during the NBA finals.

You got all the tools. You gotta figure out how to get these guys to that next level to win that championship.’ Going into the 2010 series, I said, ‘Listen, Boston, they got Ray Allen, they got Paul Pierce, they got [Kevin] Garnett, they got Sheed [Wallace], the talent is there. They’re stacked.’ That was the first superteam. [Michael] kind of heard me lament about it, and he just goes, ‘Yeah, well, it is what it is; you gotta figure it out. There’s no other alternative.’ And that’s the challenge LeBron has. You have pieces that you have to try to figure out how to work with. Excuses don’t work right now. …

If I’m Bron, you got to figure out a way to win. It’s not about narrative. You want to win championships, you just gotta figure it out.