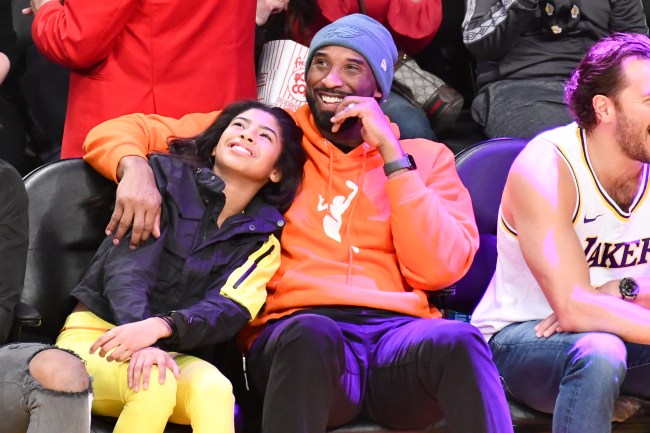 Early this morning we learned of the tragic death of NBA superstar Kobe Bryant, who died in a helicopter crash in California.

BREAKING: Kobe Bryant died in a helicopter crash in Calabasas Sunday morning. Kobe was traveling with at least 3 other people in his private helicopter when it went down. Emergency personnel responded, but nobody on board survived. https://t.co/EG9YHW07hv pic.twitter.com/FkgfyvHlnc

TMZ is now reporting that Kobe’s daughter, Gianna Maria was also in the helicopter with Kobe at the time of the crash.

Kobe’s daughter Gianna Maria Onore — aka GiGi — was also on board the helicopter and died in the crash … reps for Kobe tell TMZ Sports. She was 13.
We’re told they were on their way to the Mamba Academy for a basketball practice when the crash occurred. The Academy is in nearby Thousand Oaks.

Sources: Kobe Bryant was on his way to a travel basketball game with his daughter Gianna when the helicopter crashed. Those aboard the helicopter also included another player and parent.

Gianna Maria had become a star with her play on the court and earned the nickname of “Mambacita”. Tragic.

Kobe Bryant's daughter Gianna "GiGi" Maria was also on board the helicopter and died.

Man, If you love someone, tell them!!! Treat them like tomorrow isn't promised because it isn't!!! pic.twitter.com/aX0SqQppzh

Kobe Bryant and his 13-year-old daughter GiGi (seen in this recent video) are both confirmed to have died in today's helicopter crash pic.twitter.com/vJ1iXwKRuN