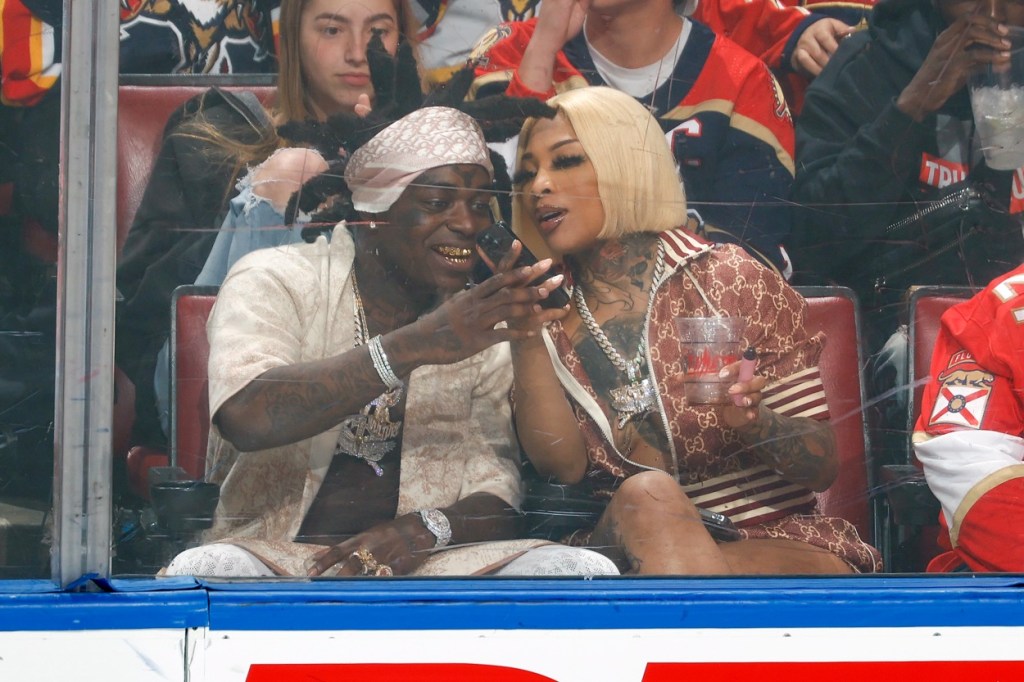 Kodak Black was in a luxury box at the Florida Panthers game on Tuesday night. The NHL initially fired off a tweet about him being there but later deleted that tweet after Kodak was seen on camera either twerking or getting intimate in the VIP box.

The video featuring Kodak Black and a woman bent over in front of him certainly does not look like two people engaging in some light-hearted twerking. A lingering question I have after watching this video a few times and then bringing my wife in to watch and only asking her ‘does this look like twerking?’ (she said ‘it certainly does not), is should Kodak Black just lean into this?

Should he just come out and say ‘it wasn’t twerking’ and write a song about it and get a billion streams or should Kodak Black just go with the twerking excuse that was presented? I’m thinking the former might be the better strategy.

You can see the video right here on Twitter. I can’t actually post it in case they were having sex and even if they weren’t, it’s a little intense. But you can see it by clicking that link.

Was right there and saw it from lower bowl – was just twerking!! https://t.co/5izy3dt35L

Are we sure Mr. Kodak wasn’t just trying to help her find her contact lens..?

the NHL had acknowledged him being there and then deleted the tweets lol pic.twitter.com/QdLXd1vt0Q

the people that were vibing to the music underneath kodak black when they finally see the video: pic.twitter.com/5HRxgP3ftz

Charging penalty 5 minutes in the box

MVP OF THE GAME pic.twitter.com/C0g6jjtSNy

Sitting next to Kodak at the Panthers game be like… 😂 pic.twitter.com/NuSGlBp7Qh

The #FlaPanthers and the NHL celebrated having Kodak Black at their game Tuesday night — until someone taped him apparently having sex in a luxury box (which was right next to the team’s front office) as the game went on. https://t.co/IzYjBadtAf

If there's ever a time to use this gif pic.twitter.com/ozpsfGtaG9

If you can tell me what any of that means I’ll buy you a beer next time we see each other because that was complete gibberish. Have I mentioned that I actually love Kodak Black’s work? I really do. And now I’m sitting here wondering how the guy who once said his son was going to love a song so he wouldn’t use profanity in it was caught doing this on camera. Kodak’s changed, man.