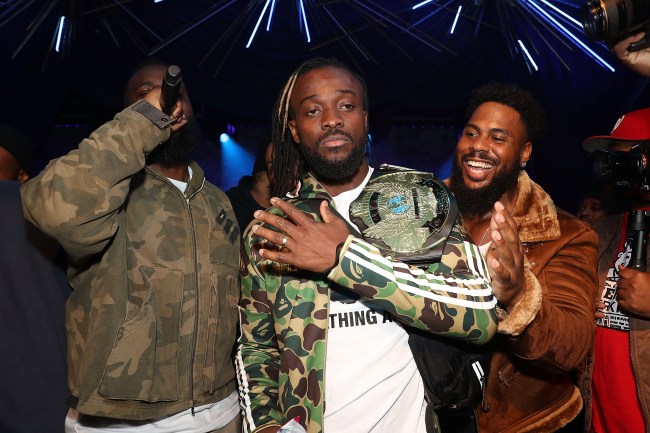 Tonight Kofi Kingston delivered one of the greatest WrestleMania moments in the event’s history when he joined a handful of African-American wrestlers in the history of the organization to become champion.

HE. HAS. DONE IT!@TrueKofi HAS WON THE #WWEChampionship at #WrestleMania!!! pic.twitter.com/nrn2a8kSLm

The Internet was more than overjoyed for Kofi’s big Wrestlemania moment.

Ive never felt emotions like this in my entire career. @TrueKofi did it. We all did it. Tonight a previously closed off part of the @wwe universe realized that they can be champion too & that representation is so much more important than people realize. Congrats Kofi. We love you

What a beautiful moment!! #WrestleMania

Xavier's pause, and his face scrunched up from crying as he reveals KOFI's World Heavyweight Championship killed me #kofimania #wrestlemania pic.twitter.com/Kwcp0t592s

And the NEWWWW WWE HEAVYWEIGHT CHAMPION KOFI KINGSTON!
I Had to be front and center for this historical moment
Congratulations Bro @TrueKofi #Wrestlemania35 #Wrestlemania #wwe #kofimania #kofikingston pic.twitter.com/xEZxvC3LEZ