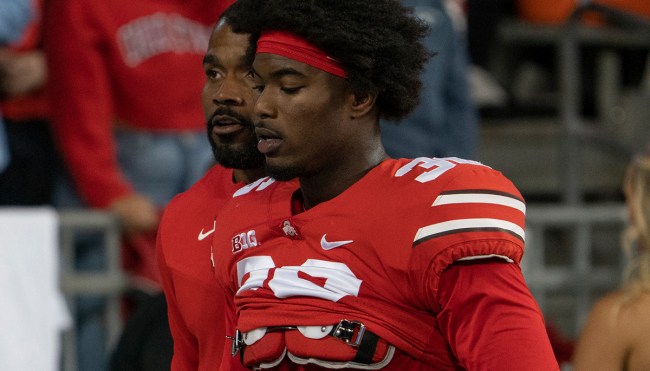 Over the weekend, former Ohio State cornerback Marcus Williamson decided to stir up some controversy during the Rose Bowl when he tore into his former program on Twitter.

While his accusations against Urban Meyer garnered the most attention, Williamson also didn’t shy away from ripping into Ryan Day and the rest of the current coaching staff while watching the showdown from the comfort of his own home after opting to retire from football instead of making the trip of Pasadena.

RECRUITS: watch out for a lotta these coaches. this can be a shitty business w shitty individuals. Use wisdom and discernment when visiting schools

Williamson may not have quit in the middle of a game, but the same can’t be said for his former teammate K’Vaughan Pope. During Ohio State’s contest against Akron State in September, the senior linebacker walked off the field midgame before tweeting “F—k Ohio State,” a series of decisions that unsurprisingly led to his dismissal from the team.

On Monday night, Pope echoed some of the sentiments Williamson shared when he belatedly celebrated Festivus by channeling his inner Martin Luther and posting a list of grievances on Twitter—the bulk of which were aimed at Day and the rest of the team’s coaches.

It’s pretty easy to dismiss those allegations as a collection of issues shared by a disgruntled player with an agenda, but when you combine them with what Williamson had to say, it’s also kind of hard to discount the possibility Ohio State is grappling with some fairly concerning problems as far as the culture of its football program is concerned.