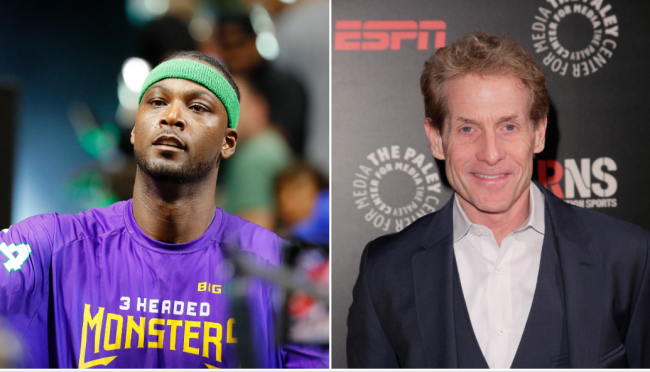 It’s Skip Bayless’ turn to get roasted by Kwame Brown.

For years Bayless has mocked and taunted athletes despite the fact that he’s never played basketball professionally.

This week an old First Take segment featuring Jalen Rose confronting both Stephen A. Smith and Bayless about being disrespectful towards Kwame Brown went viral on social media.

Brown, who has been firing back at everyone on in the media that has ever talked bad about him, went after Bayless when he saw the clip of Skip and Rose’s debate.

“Skip Bayless, you little pale face bitch. You thought you was gone be safe, huh?”

“Yo dawn of the dead ass can get roasted.”

“How in the fuck do they put bitch ass n****s like you in places. Why are you talking sports? You the most unathletic, dracula face…You look like you should be a lobotomist.”

Brown went on to thank Rose for defending him and other athletes from people like Skip Bayless who have never played pro sports.