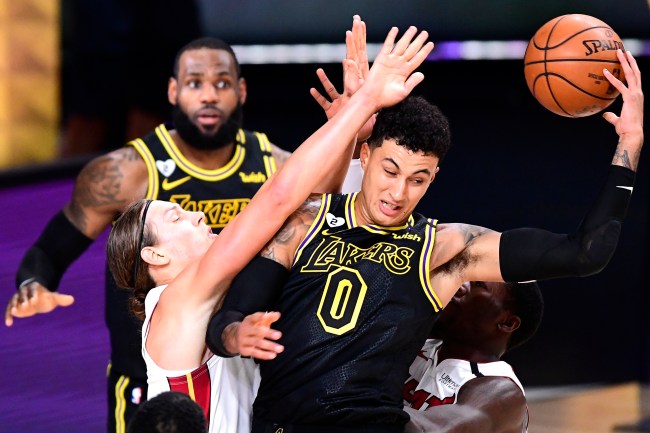 The LA Lakers are two wins away from winning their 18th championship and NBA fans aren’t happy that Kyle Kuzma is going to win a ring.

During game 2 of the NBA finals, Kuzma delivered one of the worst turnovers of the playoffs when he tried to pass the ball over his shoulder to LeBron but ended up wildly missing his teammate.

Kyle Kuzma thought he was Magic Johnson. He is definitely getting traded after this goofy pass for a bag of chips 😂 Lebron's face says it all #NBAFinals pic.twitter.com/OkKUYDv3x0

Fans then started lamenting over the fact that Kuzma was going to win a ring before their favorite stars.

Fans dislike Kuzma so much that they started circulating a petition to prevent him from getting a ring if the Lakers win a championship.

Finally a petition that matters pic.twitter.com/w1oN95mIuy

NBA fans: Kyle Kuzma should not get a ring if the Lakers win – Sign the Petition! https://t.co/gqmJEnAMec via @Change