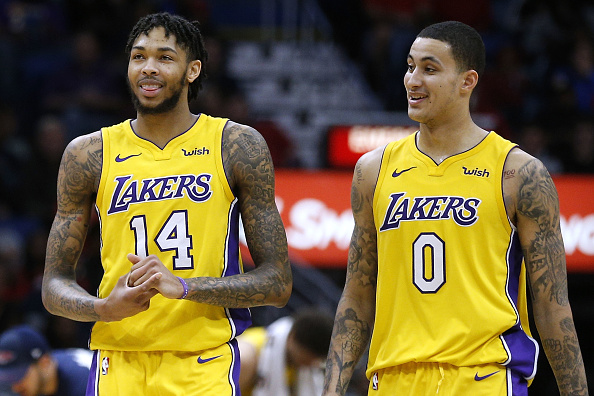 Last week, Sports Gossip and Black Sports Online reported that Brandon Ingram’s side chick Raelynn Inez, who apparently isn’t allowed to show off Ingram’s face in her Instagram page, was forced to sit way up in the rafters of the Staples center because of her relationship status with the Lakers forward.

Brandon Ingram is dating a girl named Raelynn Inez. She posts pictures of her with him on Instagram. She’s a stripper, but at least she’s not a recycled instathot. She’s posted a pic with Brandon’s shoes in the pic and a pic with half his face in it. She also has an “I” chain and she said she’s lil crip. Shes looking for attention, she’s known in LA as a jersey chaser. How you dating but you can only give hints? Like taking a picture of shoes or half his face. He can’t be taking her seriously, but those are the rules if she wants to be with him.

He puts her up in the rafters during the games, so she can’t be seen by his real family and friends. She works at Crazy Girls in LA

Inez proceeded to fire back at reports that she was put in the 300 level of the arena aka the rafters. 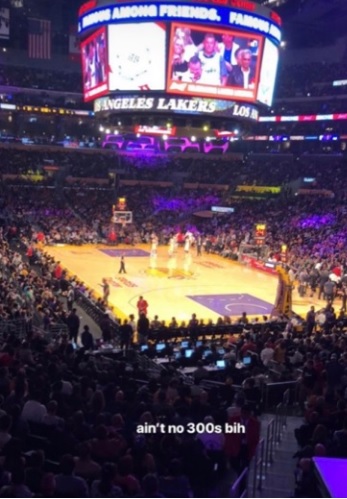 A few days Inez’s Instagram post, Kyle Kuzma’s girlfriend, Katye Elise Henry, appears to have made a point to one-up Ingram’s side chick by showing off her seats to the Mavs-Lakers game.