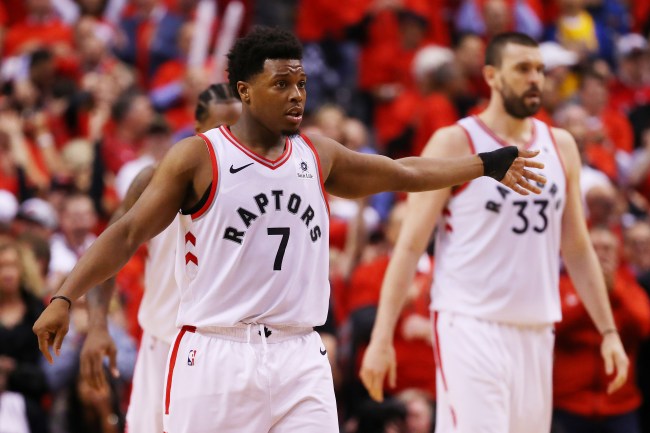 With the game of the line the Raptors went to Kyle Lowry to shoot the game-winning shot and he missed badly.

Lowry’s missed shot led to several jokes about his misfortune in the playoffs.

Kyle Lowry with the final shotpic.twitter.com/Da4TAFqaM8

They let Kyle Lowry take the GW shot for a 🏆😭 pic.twitter.com/VhCMHhnjVZ