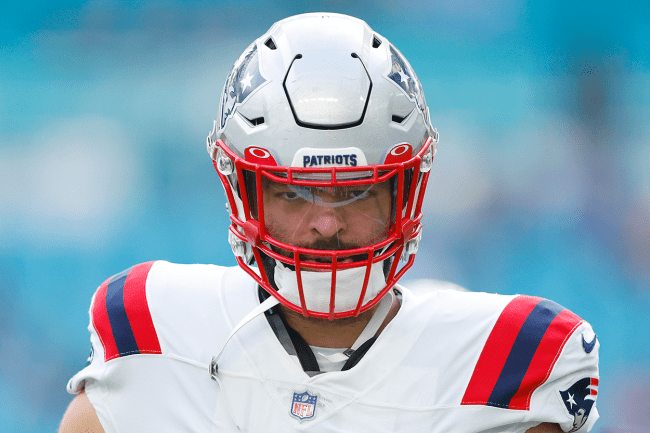 It’s not what Kyle Van Noy said about Bill Belichick and the Patriots, it’s what he didn’t say.

Van Noy, 31, was a second round pick out of BYU in the 2014 NFL Draft. He was selected by Detroit but was traded to New England during his third year in the league. While with the team, he had a lot of success.

The success came with Belichick as his head coach. And then, after being released by the Dolphins in 2019, Van Noy chose to rejoin the Patriots.

All of this makes his most recent comments rather odd.

On May 5, 2022, Van Noy signed with the Chargers. He recently spoke about his decision and his new head coach Brandon Staley and had nothing but good things to say.

But in the process, Kyle Van Noy appeared to throw some shade at Bill Belichick.

“I’ve been a fan of him for a while,” Van Noy said about Staley. “He’s a good person too. … It’s refreshing to have a young coach with his mindset to lead a team and to be around him and really, truly feed off that.”

That, of course, could be taken like he is calling Belichick old, and someone who does not have the mindset to lead a team, be around him and feed off of his energy. It comes across as if he is talking positively about his new team and head coach while saying that is not the case in New England.

Van Noy also addressed the environment in Los Angeles. He addressed the Patriots in the process. And, once again, it was what he didn’t say about his former team that speaks louder than perhaps he even meant.

“I like this environment,” he said. “I’m ready for it. It’s new and it’s refreshing, for sure. There’s a time and place from every environment. I think that was good for me when I was [early] in my career and needed those things. Where I’m at in my career now, this is where I’m supposed to be.”

Obviously, Van Noy is just speaking about his experience candidly. But in doing so, it sure feels like he is throwing some shade back to the east coast.