Kyler Murray Is Dropping $40,000 To Bring 20 Teammates To Dallas To Train For The Upcoming Season 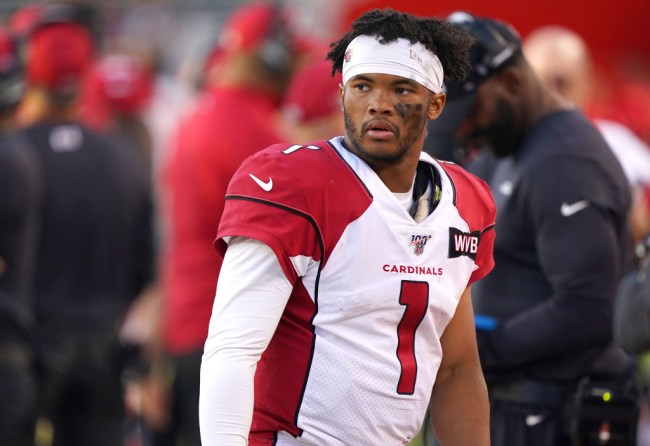 Arizona Cardinals quarterback Kyler Murray kicked off his NFL career with a bang last year, and while the Cardinals ultimately finished the season with a lackluster 5-10-1 record, the top pick in the 2019 draft more than lived up to expectations by throwing for 3,722 yards and tallying 24 total touchdowns on his way to securing Offensive Rookie of the Year honors.

Murray may not have a ton of pro experience under his belt, but if what he’s shown so far is any indication, he’s got a bright future ahead of him that will be a whole lot brighter if the Cardinals are able to assemble a supporting cast that will allow him to reach his fullest potential.

However, it looks like Murray is doing everything in his power to increase the chemistry he has with the players who are currently surrounding him, as Pro Football Talk reports he will be footing a $40,000 bill to give 20 teammates—including wide receivers, running backs, tight ends, and fellow QBs—an all-expenses-paid trip to Dallas, where they’ll all participate in workouts and some good ol’ fashioned team bonding.

Everyone who received an invite will have their flights, hotels, and meals paid for by Murray and will spend Sunday to Wednesday balancing drills and practices with trips to the bowling alley and a night with the boys at Top Golf.

It’s an awesome move by Murray and a great show of leadership from a guy who has all the makings of a franchise quarterback. Assuming none of them end up contracting the disease that is currently hitting Texas at record levels for the state, this sounds like it’ll be one hell of a good time.