Kyler Murray Is Not Convinced By Kliff Kingsbury To Oklahoma Rumors 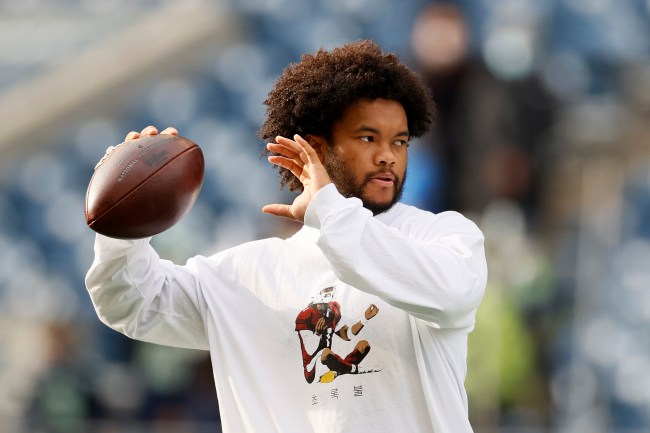 When Lincoln Riley decided to leave Oklahoma for USC, rumors quickly began circulating about his potential replacements. One of the more surprising reports was that they were interested in Arizona Cardinals head coach, Kliff Kingsbury.

A move back to college just really doesn’t make sense. His quarterback, who happens to be an Oklahoma alum, agrees with that sentiment.

“I know Kliff. I don’t really buy into it,” Murray said, via Darren Urban of the Cardinals’ website. “I think he’s got a pretty good job right now.”

Kyler is absolutely right. Kingsbury is making good money and will probably be in line for a raise after this season as he starts negotiating an extension with only 1 year left on his contract. We’ve all seen his house in Arizona. It doesn’t look like the type of place you leave willingly.

Another factor that makes Kingsbury to Oklahoma very unlikely is there are currently rumors swirling that the Sooners next head coach will be introduced at Oklahoma’s basketball game against Florida tonight.

That timing really doesn’t line up well. There’s no way an NFL head coach is telling his 9-2 team that he’s leaving 4 days before they go to Chicago for a game. He’s especially not doing it to take over a program that is going to require some serious rebuilding after a bunch of their players followed their coach out the door.

I think Kyler Murray is right and we’ll be seeing Kliff Kingsbury stick with this potential Super Bowl contender for a while.