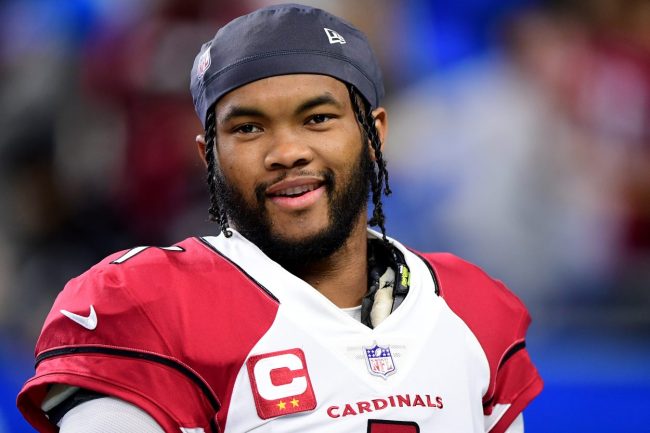 Is there anything that Kyler Murray can’t do?! The 24-year-old Cardinals quarterback is a two-sport athlete and (if he was a little bit bigger) could be a two-way player.

Murray, who was drafted first overall in 2019 after winning the Heisman Trophy, was drafted ninth overall by the Oakland Athletics in the MLB Draft a year prior. As such, he became the first athlete to ever be drafted in the first round of two professional sports drafts.

Needless to say, his athleticism is unmatched. Literally.

At 5-foot-10, 207 pounds, Murray plays quarterback. He is wicked fast and can float a deep ball with the best of them.

However, if he was a little bit bigger, he might be playing on the defensive side of the ball. NFL Network’s Christmas Day broadcast showed a video of Murray playing Pop Warner football in 2005.

In the video, nine-year-old Murray was playing linebacker. As the ball was snapped, he went FLYING through the B-gap and laid the wood.

The running back, who got absolutely demolished, never saw him coming. Murray ran downhill, lowered his pad level, wrapped around the waist, and sent him straight to the turf.

The pop of the hit was loud and the fans in the stands can be heard ooh-ing and aah-ing. It was a big, big hit.

Kyler is a Pop Warner football legend at linebacker. pic.twitter.com/3GIVj50AxT

Murray’s speed and athleticism was always destined to play a skill position, but wouldn’t it be fun to line him up at safety and send him off of the edge? Just once? As a treat?