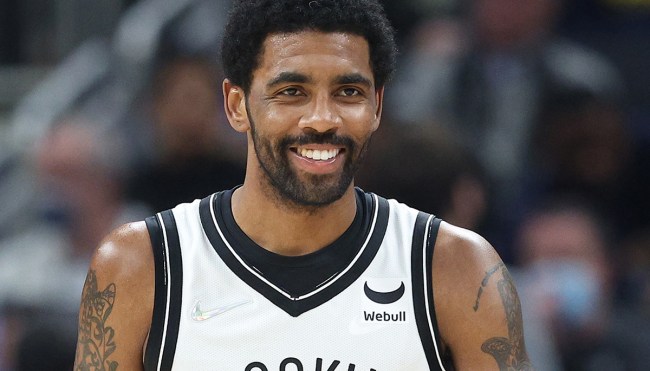 The time has come.

We’ll finally be able to see Kyrie Irving on the floor at the Barclays Center. He’s been forced to sit on the sidelines for home games until now due to a New York City mandate that prevented unvaccinated players from competing. Irving has only played in 21 games this season.

The mandate was lifted earlier this week, which has everyone in New York very happy. Not only will it make the Nets a dangerous team come playoff time but is has an effect on the local baseball teams, too.

With eight games left on the schedule, the Nets sit in eighth place in the Eastern Conference standings. If they can go on a run with Irving now a full-time player, Brooklyn can play its way out of an early play-in playoff situation.

When he’s on the court, the point guard has shined. Irving is averaging nearly 28 points per game in those 21 appearances. That number trails on Kevin Durant for the team lead.

His return to the court has folks excited, and they’re letting it be known on social media.

Irving’s long-awaited return has people talking. Fans and media are excited to see the Nets’ point guard back in action at the Barclays Center.

Kyrie pulling up to the Barclays Center today pic.twitter.com/RaWvM7BHNc

Kyrie Irving will play in his first home game of the season today. pic.twitter.com/rdNegZDsuD

Nets Fans who is excited to watch Kyrie Irving play at home? pic.twitter.com/elDkUT6xyK

The Nets take on Charlotte Sunday at 7:30 PM. We’ll see how Irving’s presence helps the team at home.