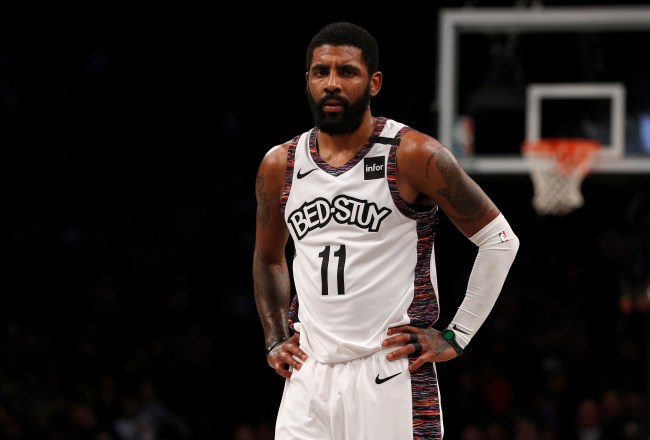 There could be some drama brewing in Brooklyn.

On Tuesday night, it was revealed that Kyrie Irving, who has been advocating for the NBA players to sit out the season, had recently told his teammates in a team group chat about his proposal to form his own league with other players.

In a recent chat group with Nets players, Kyrie Irving lobbied for skipping the bubble, the Daily News has learned. In that chat, he also proposed that the players can start their own league, according to a source. https://t.co/SqC0wcccPJ

Apparently, Kyrie had told his teammates about his intentions to start a new league several times in the past.

Kyrie telling other players they should start their own league is not new. He’s talked to teammates about it this season. Based on what I was told KD was not as enthusiastic.

Taped a new Pod on it this morning. Out soon.

According to Taylor Rooks, Irving did not talk about his new league proposal as a response to the bubble situation and has since left the group chat after the conversation was leaked to a reporter.

Sources tell me that Kyrie Irving never stated that the Nets should begin their own league in response to the bubble.

I'm told that after that report came out, he left the group chat.

To be clear on this, Kyrie Irving has proposed to his teammates they should start their own league, and it’s not necessarily in response to the bubble situation. https://t.co/x6pM4Dipc3

I can't confirm that first part — but here is Bondy's clarification to his earlier report. https://t.co/h7c46yeuxX

Update: Nets’ Theo Pinson and Chris Chiozza have forward to deny the reports about Irving proposing a new league.