Kyrie Irving Complains About Having To Pay To Live On Earth, Gets Absolutely Roasted 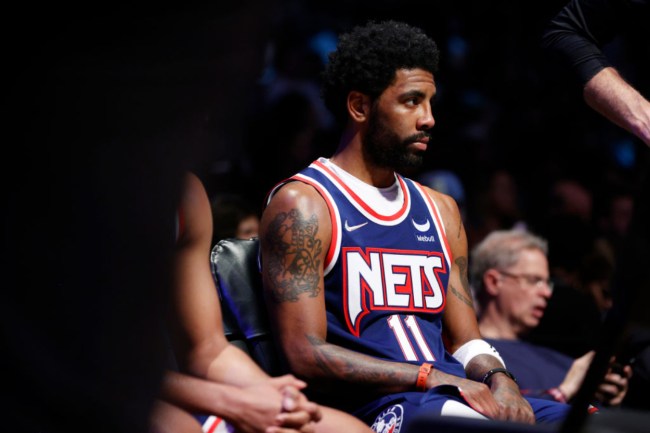 Kyrie Irving signed a four-year, $136 million contract with the Brooklyn Nets ahead of the 2019 season. He’s made millions of dollars off the court as well, most notably from Nike who created a signature shoe with him years ago.

Irving fired off his latest ridiculous statement on Monday morning when he jumped on Twitter asking why he has to pay to live on Earth.

I thought Mother Earth belonged to the people. Why am I paying to live here? 🤷🏾‍♂️

Oh let me guess, “because that’s just how things are”.

There is being out of touch, and then there is Kyrie Irving.

The very rich athlete complaining about having to pay his rent or mortgage while the inflation rate is the highest it’s been since the 1980s and the average cost of a gallon of gas in the United States is over $5.00 is a horrific look for Irving.

Irving’s tweet sparked a nerve with anyone that possesses common sense on Twitter. He was absolutely torched for his ridiculous statement.

You got millions man shutup https://t.co/QyLnpKAYvG

he lost money on crypto didn’t he https://t.co/Fk9a8EFvtj

Dude pays one year of NYC rent and has a meltdown https://t.co/mFrIuMdG4j

Multi-Millionaire Who Can Do Literally Anything Asking Philosophical Questions pt. 100000000000 https://t.co/07No5UIOQR

You make 42 million a year fam. You’ve literally never had a job other than playing basketball. You’ve been a millionaire since you were a teenager. I don’t wanna hear it https://t.co/Ynxt8gLXl2

This is just “I’m tired of paying taxes” https://t.co/YIRvykz6pr