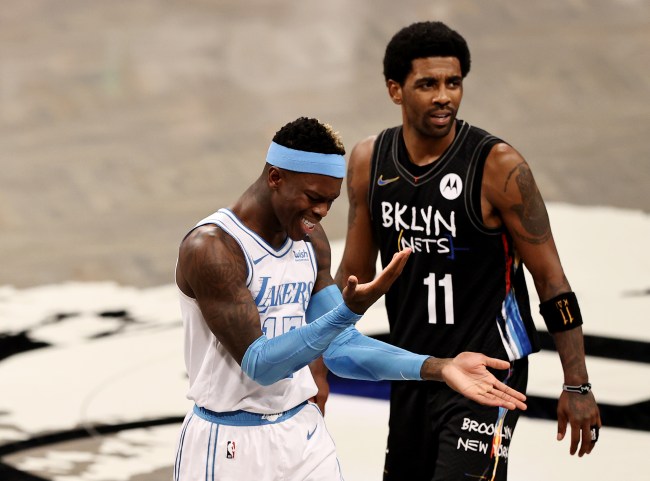 Kyrie Irving is once against taking a game off “due to personal reasons” a night after getting into a heated altercation with Lakers guard Dennis Schröder,

On Saturday night, Irving got ejected after going after Schröder for calling him the N-word.

On Sunday afternoon it was revealed that Irving would be sitting out the team’s next game due to personal reasons.

Nets‘ Kyrie Irving is out Monday vs. Minnesota due to personal reasons.

Fans couldn’t help cracking jokes at Kyrie’s expense for taking another day off this year.

Dennis ended that man got his thinking bout life 🤣 https://t.co/QZs74MP0K2

Kyrie is definitely the employee that’s not asking you to take PTO, he’s telling you. https://t.co/bqSRUxU6mX

Dennis got him shook lmao https://t.co/2CcSUVG41R

Whenever the Nets get their heads whooped Kyrie takes vacations https://t.co/h1Puek0BRa