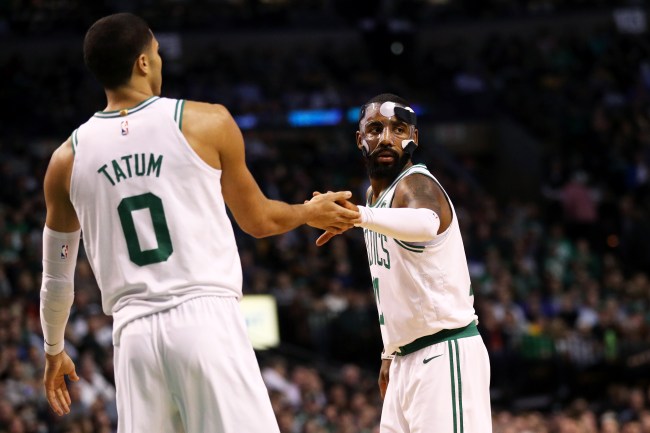 As headlines swirl about Kyrie Irving potentially wanting to bail on Boston to team up with Jimmy Butler or, dare I say, retire, Celtics fans are breathing a cautiously optimistic sigh of relief to see their All-Star guard balling in green post-injury.

It’s been three months since the 25-year-old Irving underwent successful surgery to remove two screws from his left patella, and if the latest footage of him hooping is any indication, he looks to be back to his old form. Disclaimer: he was playing against pre-teens at a camp he hosted in Hanover, Mass, but still, he stole some ankles.

Check out the video below of Kyrie Irving and teammate Jayson Tatum putting on a show for the youths. Mind you, the 19-year-old Tatum is like three years older than these kids.

Here is @KyrieIrving and @jaytatum0 going at kids in their camp yesterday. Videos via @procamps and #thecelticsfanpage on IG pic.twitter.com/kX8z3k5UB6 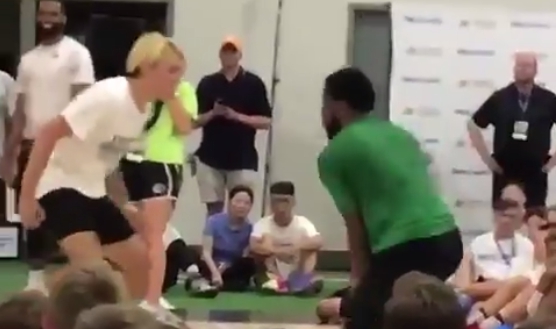 Defense during the first session – it’s all offense during the second session. @jaytatum0 getting campers #CloserToPro at his @CitiPrivatePass Basketball Clinic. pic.twitter.com/5uikLK46y7

When you buy her drinks all night and ask her to come back to your place but she says she doesn’t sleep with guys who wear socks with sandals: