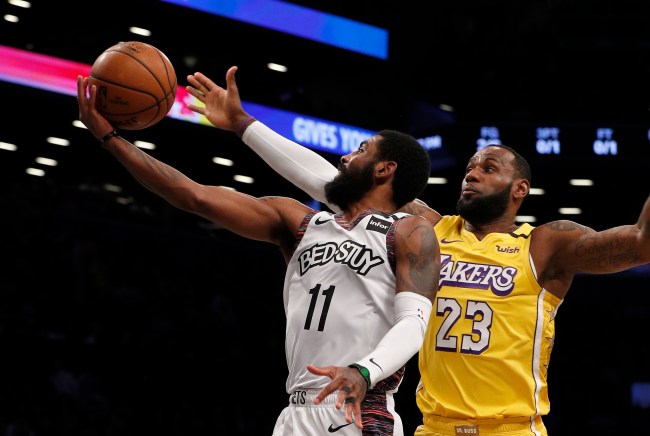 Kyrie, who once forced a trade out of Cleveland because he wanted to get out from under LeBron’s shadow, made an appearance on Kevin Durant’s podcast and made some interesting comments about his experiences in the NBA.

According to Kyrie, he’s happy he teamed up with Durant in Brooklyn because KD is the first teammate he feels he can trust with taking a shot down the stretch.

Of course, NBA fans weren’t happy that Kyrie implied that LeBron wasn’t clutch when they played together in Cleveland.

Uhhh didn’t he play and win a championship with @KingJames ?! What a stupid and inaccurate thing to say https://t.co/XXM3kFGYTf

This is so disrespectful lol https://t.co/gVn3AKJSrq

Friendly reminder that Kyrie Irving has a 154-191 record without LeBron.

He is an overrated ballhog that doesnt affect winning any bit.

Cleveland reached the finals without him. Won 1 less game.

Boston reached ECF without him 3 times, didnt with him.

Funny how the narratives are nothing but that… just narratives.