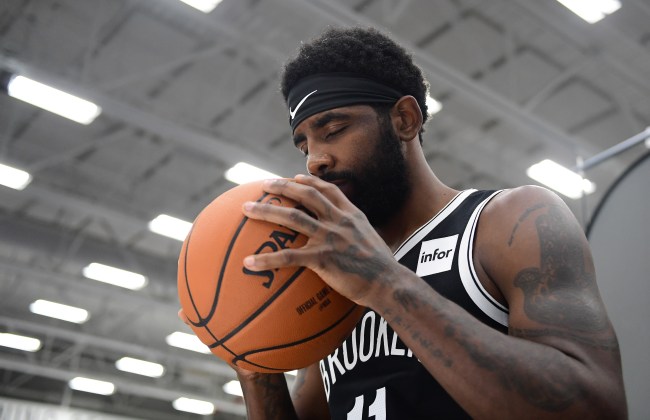 It appears that Kyrie Irving is adamant about not speaking to the media this season.

Last week Irving released a statement in which he said he wanted his work on the court to “speak for itself” before avoiding the media on media week during the start of training camp.

Kyrie Irving issued a statement that says, in part: “My goal this season is to let my work on and off the court speak for itself.”

He said he is issuing this statement instead of speaking with reporters. pic.twitter.com/ninUzAnhzC 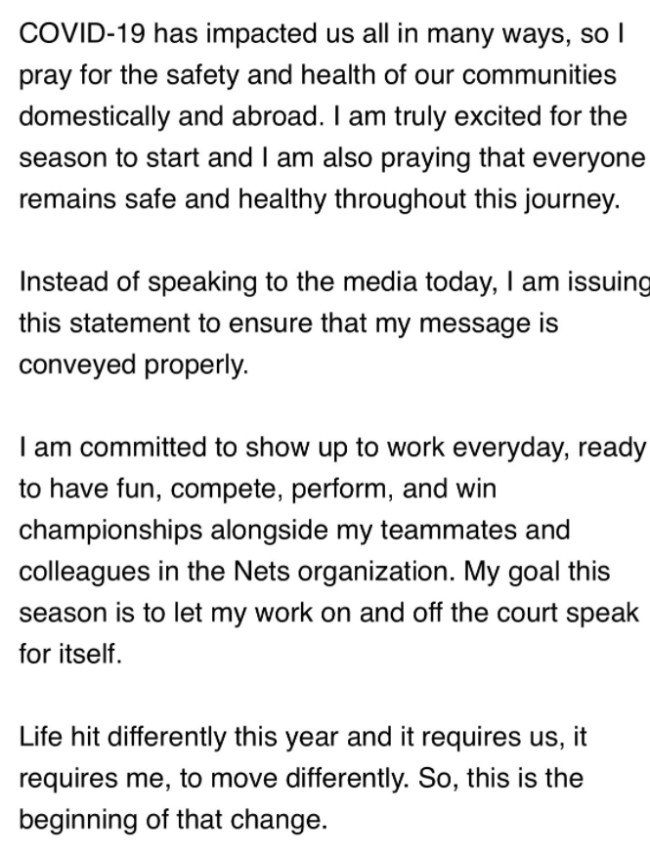 The NBA has since fined Irving $25k for not fulfilling his media obligations.

– Kyrie Irving and the Brooklyn Nets have each been fined $25,000 by the NBA for failure to comply with the league’s media rules.

“The fines result from Irving’s refusal on several occasions this week to participate in the team media availability,” the NBA said in a statement Thursday.

The NBA requires that healthy players be made available to reporters before or after games and practices. Typically, the league also has teams set aside one day at the beginning of training camp for every player on the roster, as well as the general manager and coach, to speak to reporters. This year, the league’s coronavirus protocols limit the number of players allowed in the facility at any given time, and teams have been making a handful of players available each day.

On Friday morning Kyrie responded to the fine in an Instagram story gram where he implied that he still wasn’t going to talk to the media.

It’s going to be interesting to see how the NBA handles the Kyrie Irving situation considering how much they value the media’s relationship with teams.