Kyrie Irving, Who Makes $11 Million A Year Via His Sneaker Deal, Blasts Nike For Attempting To Release ‘Trash’ Kyrie 8 Shoe Without His Approval 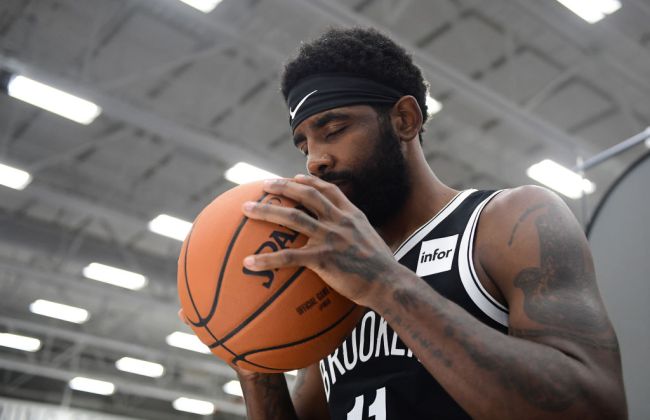 Kyrie Irving isn’t one to hold his tongue and he apparently has an issue with Nike.

Over the weekend an Instagram account that tracks Kyrie sneaker releases leaked the design of the upcoming Kyrie 8 shoes.

Kyrie then took to the Instagram comments section to blast Nike for attempting to release the “trash” Kyrie 8s without his approval. Irving went on to apologize to his fans in advance if their dissapointed by the shoes.

According to Forbes, Kyrie makes $11 million dollars off his deal with Nike. It’ll be interesting to see how the sneaker giant responds to one of their athletes publicly bashing them in public before the release of a new sneaker.