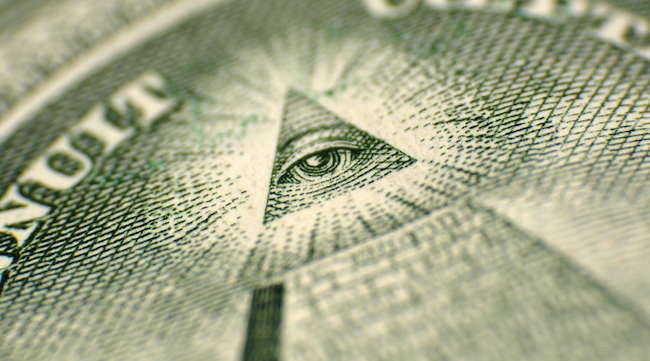 If you were in high school or college in the mid-2000s, you undoubtedly knew that kid who was a little too into the movie Zeitgeist, a film that helped formerly fringe conspiracy theories break into the mainstream by sprinkling the occasional kernel of truth amid a fuckton of lies in an attempt to continue to string the viewer along. For some reason or another, it seemed to be incredibly popular amongst people who became vocal atheists to piss off their mom.

It only took most people a few minutes of research to realize just how full of shit the movie was, but it took others down an inescapable wormhole void of facts or reasoning. Some people took the message of “Question everything” a little too literally, and that’s why there are still way too many people out there who think the Earth is flat.

Based on everything I’ve seen, I think it’s safe to say Kyrie Irving is the that kid of the NBA. In addition to doubting a fact that Pythagoras figured out 2,500 years ago, he’s also skeptical of whether or not dinosaurs existed.

I’d like to use this sentence to remind you he’s going to make $19 million this year.

The league’s resident conspiracy theorist has mostly managed to prevent his foot from forcing itself down his throat since his trade to the Celtics, but it is with a heavy heart that I announce he’s back on his bullshit after seeing a photo of the Kyrie 4 sneakers that are set to hit the market next week.

ESPN’s Nick DePaula shared a couple of photos of the as-of-yet unreleased Nikes, including a close up of the tongue that features an imprint of the All-Seeing Eye, an icon closely associated with the allegedly world-dominating Freemasons and Illuminati (a symbol that Irving also has tattooed on his arm).

The new Kyrie 4 also features an "All Seeing Eye" icon behind the tongue, meant to "challenge everyone to seek their own answers beyond the ones that are given to us by books, media, internet, etc." pic.twitter.com/l4zrOmKJQJ

Irving— who probably thinks The Da Vinci Code is the greatest piece of non-fiction ever penned— tried to explain his worldview in the light of the Flat Earth Incident, saying:

“I think people should do their own research, man. Then, hopefully, they’ll either back my belief or throw it in the water, but I think it’s interesting for people to find out on their own.”

I think we should all use this as a valuable opportunity to remember there is such thing as being too woke for your own good.