Three Powerhouse Franchises Are Reportedly Considering A Trade For Kyrie Irving, According To NBA’s Leading Insider 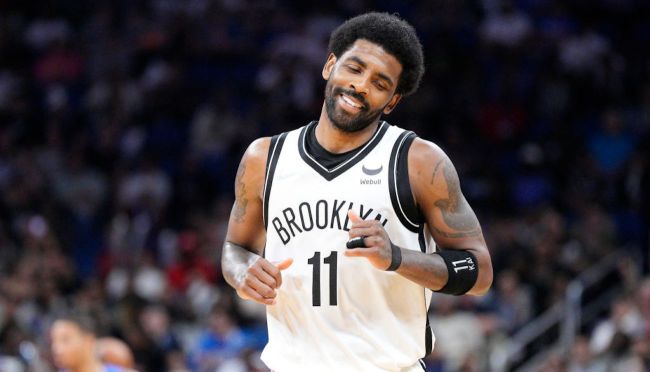 Shams Charania of The Athletic, one of the sports world’s leading NBA insiders, says that the Los Angeles Lakers, New York Knicks, and Los Angeles Clippers are “expected” to emerge as suitors for embattled Brooklyn Nets point guard Kyrie Irving.

The report comes as Irving and the Nets are reportedly at an “impasse in conversations about his future in Brooklyn” following a handful of tumultuous seasons that have seen the Nets largely underachieve.

A potential Irving departure would be incredibly damaging to the Nets because of their limited ability to replace him and his salary slot should Irving sign elsewhere as a free agent. A likelier path to any departure would be via sign-and-trade.

Brooklyn owes $111 million to six players in 2022-23, not including Irving, so even filling out the roster with minimum salaries would put the Nets over next season’s projected salary cap of $122 million. [via The Athletic]

Whispers about Irving leaving Brooklyn come following a particularly difficult 2021-22 season which saw the former NBA champion not only sit out for about half the season but repeatedly make controversial comments that became a distraction for the team.

Irving’s behavior this season led general manager Sean Marks to say in a season-ending press conference that the team is “looking for guys that want to be something bigger than themselves, play team basketball, and be available, and that goes for Kyrie and everybody here.”

RELATED: Kyrie Irving Complains About Having To Pay To Live On Earth, Gets Absolutely Roasted