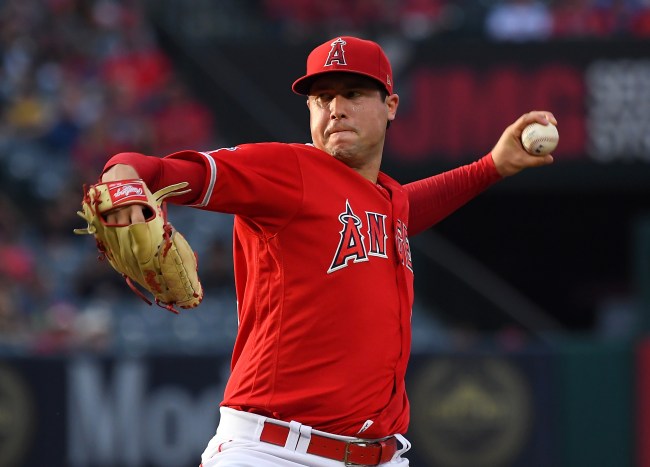 There’s some tragic news coming out of Texas today. This afternoon the Los Angeles Angels announced that 27-Year-Old pitcher Tyler Skaggs died this morning while the team was in Texas to play the Rangers.

#Angels have announced that pitcher Tyler Skaggs died this morning in Texas. The game vs. #Rangers has been canceled.

Angels statement on the passing of Tyler Skaggs. pic.twitter.com/6XA2Vu1uWV

As of now there are no details on his passing.

Tyler Skaggs has passed away. We do not have details yet about how he passed, but tonight's game between the Angels and Rangers has been canceled.

Our deepest sympathies are with the family of Tyler Skaggs & the entire @Angels organization. pic.twitter.com/Xi1qNEmbRa

MLB commissioner Rob Manfred expresses his condolences to the family of Angels pitcher Tyler Skaggs. “I am deeply saddened by today’s tragedy in Texas. All of us at Major League Baseball extend our deepest condolences to Tyler’s wife Carli, their family, their friends and … pic.twitter.com/iDHXRilxP9

Update: Southlake PD said they found Skaggs dead in his hotel and there was no signs of foul play. Cause of death has not yet been released.

A Southlake Police spokesperson said suicide "is not suspected" in the death of #Angels pitcher Tyler Skaggs.