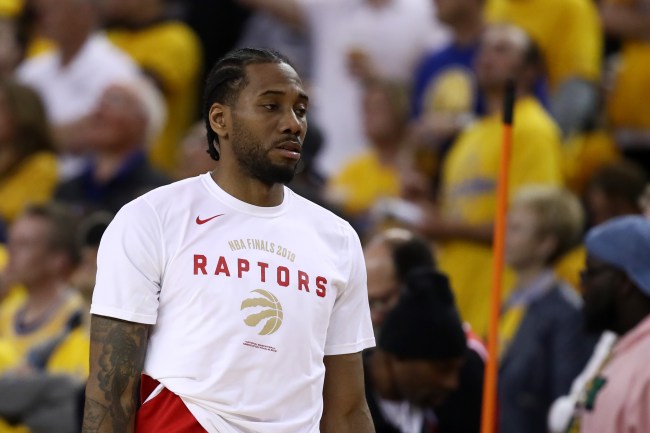 All year long the LA Clippers felt they were in the driver’s seat in regards to landing superstar Kawhi Leonard, who grew up in Southern California and has privately expressed desire to play near his hometown.

Unfortunately for the Clippers, Kawhi is going on an unprecedented playoff run in Toronto and the Clips are reportedly preparing for the fact that Kawhi might end up staying in T-Dot for another year after the NBA finals.

Via Joe Vardon of The Athletic (subscription required)

The Clippers, those sources said, feel confident Leonard will answer the phone when they call on June 30, but beyond that there is no way to know what impact Leonard’s Finals run will have. Those sources said the Clippers spend most of their time in meetings preparing for scenarios in which he doesn’t come to L.A

Before game 4 of the NBA finals Kawhi went on record to say that he hasn’t thought about free agency as of yet.

You know what you want. But I’m not thinking, like… just because of this and this I’m gonna re-sign. I’m not even thinking about signing or what team I’m gonna go to, free agency, none of that. I’m just focused on what’s in front of me right now. And then, you know, once it’s over then I’ll revisit everything.

It’ll be difficult to fathom Kawhi leaving Toronto if they win the championship. Tough luck for the Clippers.