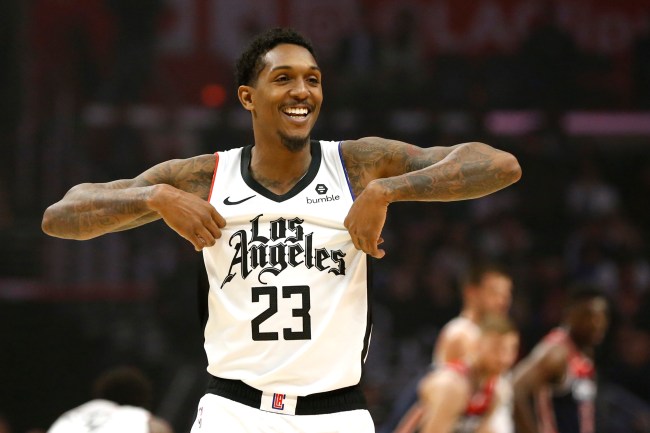 We have more details of went down with Clippers Lou Williams at the famous Atlanta city strip club.

Last week, the Clippers guard was busted going to the Magic City strip club during his time away from the Disney bubble.

According to Williams, he went to the club to pick up some chicken wings.

Sources say Williams and a group of people (including Harlow) visited the club for dinner on Thursday evening after attending the funeral viewing. They didn’t stay long, according to those sources, and were allegedly there for the food above all else.

LA Times reporter Jenny Jarvie spoke to one of the strippers who was at the club when Williams went to pick up his wings and she claims the NBA star received several socially distant distances while waiting for his food.

“Working the day shift from 3 to 9 p.m., Aries said she danced last week for Williams, a regular at the club who has a dish named after him: the ‘Louwill Lemon Pepper BBQ wings,’”

“After placing an order with the Magic City kitchen, the high-scoring Clippers guard ambled around the club, Aries said, and she was one of a few dancers who performed for him, keeping a six-foot distance.”

Williams’ trip to the club cost him $150k and forced him to stay in quarantine for 10 days before rejoining his team in Orlando.

Clippers’ Lou Williams will have 10-day quarantine on Orlando campus after picking up food at Magic City on excused absence — sidelining him through first two seeding games — NBA says.