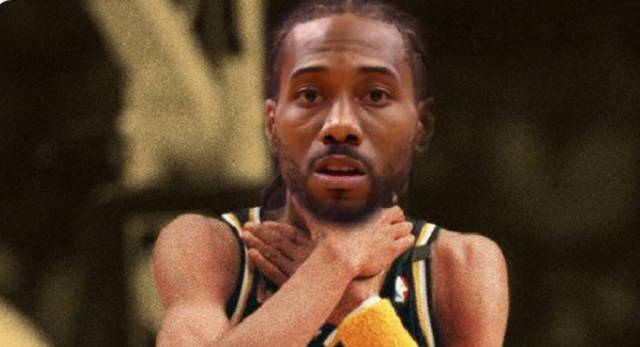 The LA Clippers were eliminated from the playoffs on Tuesday night after blowing a 3-1 series lead to the Nuggets.

Considering the Clippers were one of the favorites to win the NBA Championship, NBA fans were more than happy to mock them for their embarrassing loss to the Nuggets in the playoffs.

This man came back from being down 3-1 and beat the Clippers pic.twitter.com/M7tiUMvVtt

“Why the f—- did I attach my legacy to Playoff P and the Clippers?” pic.twitter.com/CZhJqsL1ub

The Clippers traded more first round picks (5) for Paul George than field goals he had tonight (4).

Playoff P and Kawhi gave it everything they had in game 7. What a performance. pic.twitter.com/As85fB61vs

Paul George is John Starks with a signature Nike shoe.

When Lebron sees Kawhi and PG checking out of the hotel tomorrow morning pic.twitter.com/mQhpUXqoSs

How the Clippers leaving the bubble pic.twitter.com/i0uu0h1Fza

“That’s why they call you playoff p??” pic.twitter.com/qoVma2tzWd

Lebron won his last 6 game 7’s and averages 35 in elimination games, meanwhile Kawhi blew a 3-1 lead and put up 14 points in a do or die game 7, NEVER MENTION HIM WITH LEBRON AGAIN pic.twitter.com/xUAESZP9Gd