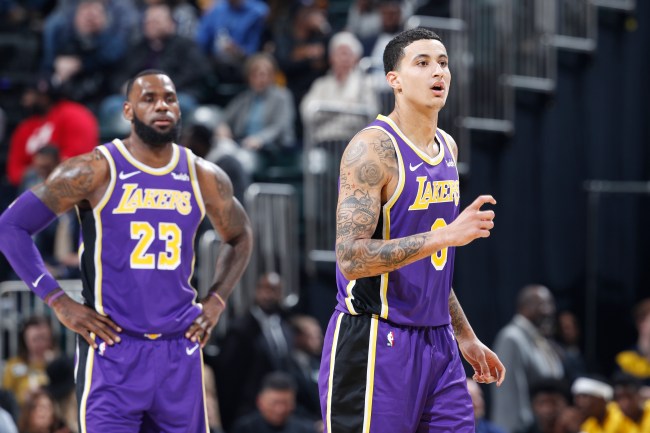 The Kyle Kuzma trade rumors are hot and heavy and former Lakers assistant coach Brian Shaw thinks he knows why.

For the past week it has been reported that the Lakers are “listening” to trade offers for Kuzma and have some suitors who are interested.

The Kyle Kuzma quandary: Sources tell @TheAthletic the Lakers are listening to offers for their young star, but will they make a move? From the history here to the LBJ factor, exploring the many layers of this situation that has Rob Pelinka’s phone ringing https://t.co/TLJqACY03F

Sacramento is among the teams that has tried to engage the Lakers in Kyle Kuzma trade talks, league sources say. The Kings know they would have to include sharpshooter (and soon-to-be restricted free agent) Bogdan Bogdanovic, for starters, in a Kuzma deal

During Tuesday’s edition Yahoo Sports’ “The Bounce” former Lakers assistant coach Brian Shaw, who was a part of Luke Walton’s coaching staff last season, believes the team is getting rid of Kuzma because his trainer dissed LeBron James two weeks ago and because Kuzma decided not to sign with Rich Paul’s Klutch sports during the summer.

LMAOOOOOOOO HOLY SHIT!!! Kuz is so fucked. BShaw would know, too, bc 1) he was part of the coaching staff last year and 2) LeBron fucks with him pic.twitter.com/eDdbMlvu0L

It’s probably not a good idea to mess with LeBron James or Rich Paul when they have the power to decide whether you stay on the team or get traded.