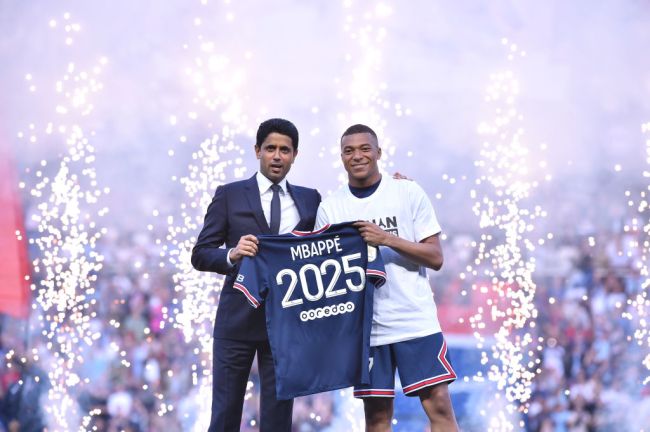 The world of European football learned some surprising news this morning when it was revealed that Kylian Mbappe had opted to sign a contract extension with Paris Saint-Germain instead of going Real Madrid.

Now it seems Mbappe’s decision has attracted the wrath of La Liga. After it was revealed that he was choosing PSG over Real Madrid, La Liga president Javier Tebas Medrano released a statement condemning PSG’s spending.

La Liga president @TebasJavier on Mbappé deal: “What PSG’s doing by renewing Mbappé with large sum after giving losses of €700M in recent seasons and having more than €600M of salary bill, is an insult to football”. 🚨⚪️ #Mbappé

“They’re as dangerous as the Super League”.

Since then, La Liga itself has reported PSG to UEFA because of their spending.

“This is a scandal. We will now report PSG to Uefa, French autorities and EU authorities”. ⤵️📑 pic.twitter.com/ZFFtZN4eTl

While the content of the complaint against PSG is certainly valid, the source of it is pretty hilarious to anybody who ha followed the history of spending from La Liga’s top clubs.

While PSG currently has the world’s two mot expensive players on their roster, that is a distinction that actually belonged to Real Madrid until 2016. Even with the massive transfer fees PSG paid for Mbappe and Neymar, La Liga still owns 3 of the world’s top 5 transfer fees and 6 of its top 12. No other league has more than 3.

Something tells me that the league’s complaints about PSG won’t stop Real Madrid from throwing money around the next time a big name becomes available.