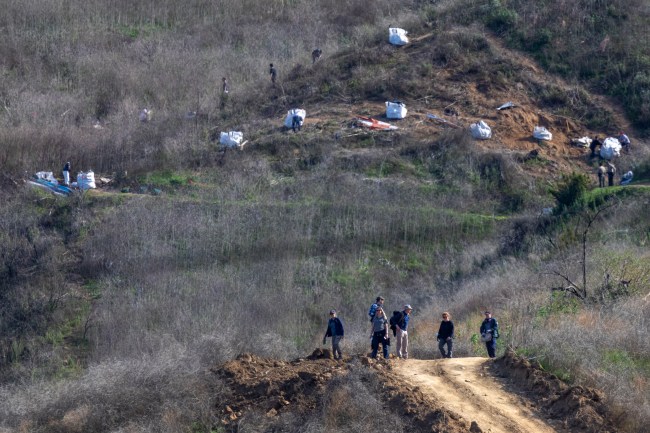 It appears that the LA Sheriff’s department has found themselves in hot water after several deputies allegedly illegally took pictures of Kobe Bryant’s crash site last month and have been showing them off to friends according to a report from TMZ.

And, according to the report, at least one L.A. County Sheriff’s official had the photos on his cell phone “in a setting that had nothing to do with the investigation.”

The report does not say who took the photos and how many deputies and officials at the Sheriff’s Dept. saw or shared the photos.

According to TMZ’s sources the Sheriff’s department tried to cover-up the photo scandal by allowing deputies to come in and delete the photos before anyone found out about them.

Law enforcement sources tell us … in the days after the crash, top brass at the department was aware some of their lower-level deputies had snapped shots of the scene as well as of the remains found, and were showing them to people in and out of the department.

We’re told a message was relayed to the Lost Hills substations and possibly others as well … if you got Kobe pics — come in, come clean and delete them. Do that, and you won’t be punished. That’s essentially the directive we’re told was handed down by commanding officers.

What’s even more concerning is the fact our sources say this attempt to get rid of the damning evidence was all being done on the hush-hush, and it was only when the L.A. Times came around asking about this scandal that the department launched a formal inquiry.

One deputy reportedly got busted trying to impress a girl with the gruesome photos of the crash site which was witnessed by a bartender who eventually came forward and filed a complaint against the Sheriff’s department.

We’re told the Sheriff’s Dept. has known about this for 3 weeks. The trainee who showed the photos to a woman in a bar did so a few days after the crash.

If anyone of these allegations turn out to be true then it’s clear that several people at Sheriff’s department deserve to get fired.