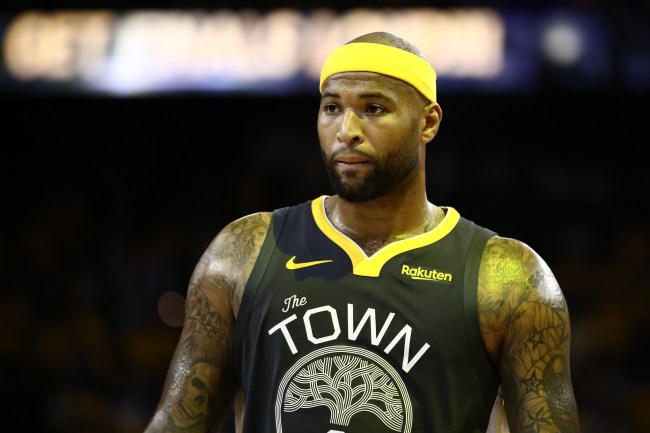 It seems like DeMarcus Cousins’ season could be over before it even started.

Earlier today it was reported that the Lakers center suffered a potential knee injury after bumping knees during a scrimmage on Monday and was getting checked on today by doctors.

Lakers center DeMarcus Cousins has suffered a possible knee injury and will undergo further testing today in Los Angeles, league sources tell ESPN. Cousins was working out in Las Vegas on Monday when he had to leave the court, sources said. He signed a one-year deal in July.

Cousins had signed a one-year deal and was looking to bounce back after a productive season in Golden State.

Fans were clearly sad for Boogie considering his career has been marred with injuries the past few years.

The former All-Star has torn his Achilles, quad and now ACL all in the last 19 months https://t.co/S4sjjSDCvB https://t.co/BTNbjCV7OC

Media: Demarcus cousins bumped knee with a player in training

Basketball can be so unforgiving.. hell of a player wish a speedy recovery 🙏🏾 @boogiecousins https://t.co/POwVvi15hU

Stay strong and get better soon, Boogie. The game needs you 🙏 pic.twitter.com/jYVXUho4ao