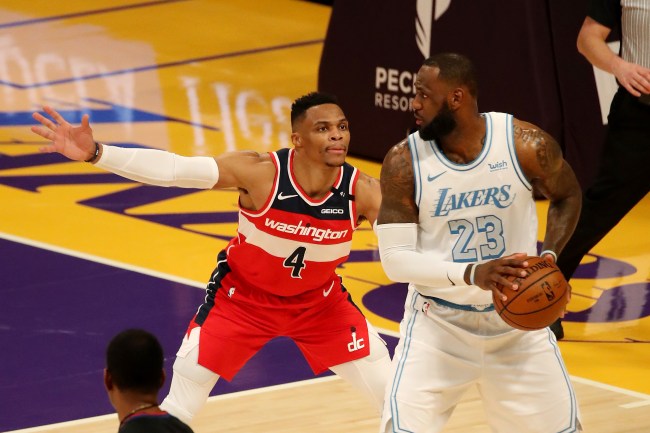 The LA Lakers were eliminated in the first round of the playoffs and their fans are doing everything to get excited about the team for next season.

On Friday a Twitter user pointed out that both LeBron James and Anthony Davis started following Russell’s wife Nina Westbrook on Instagram.

Despite the fact that Westbrook is set to make over $40 million for the next two seasons which would make it tough for Los Angeles to trade for him, Lakers fans thought the prospect of adding another star to the team was exciting.

Russ to the Lakers ? https://t.co/COnXzPJlPM

If I can get a DRose or Westbrook jersey as a Lakers fan, my life would be complete. https://t.co/RGUneBeBv3

As laker fans we need to be pushing this westbrook agenda. Would love to have him as a Laker. https://t.co/eXmSB9Ym16