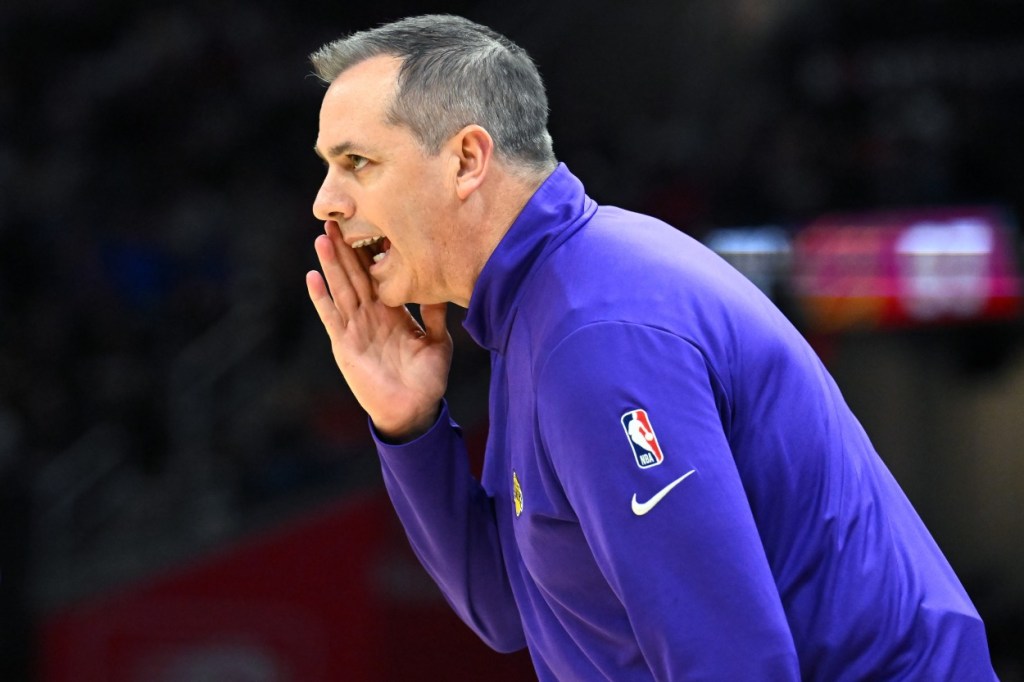 The Los Angeles Lakers and head coach Frank Vogel have officially parted ways. This move has been expected for days after the Lakers limped to the finish line in what has been called the most disappointing season in franchise history.

On Monday afternoon, the Lakers made the split with Frank Vogel official by sharing a tweet of them holding the NBA Championship trophy he won for the city of LA just two seasons ago. There were only 21 games this season when LeBron James, Russell Westbrook, and Anthony Davis were all healthy and available at the same time. It’s hard to blame a championship-winning coach for that but the Lakers decided a move needed to be made.

From the fan’s perspective, it’s hard to place the blame on Frank Vogel for the Lakers being trash this season. And the team tweeting out a ‘thank you, coach’ message of him holding the squad’s most recent trophy has a lot of people scratching their heads.

And here is the official Vogel Is Out announcement from the Lakers: https://t.co/JQdeGSgmta pic.twitter.com/mEd16hLEmZ

Y’all did him dirty man pic.twitter.com/b5bxVOVgxJ

I had to watch Melo as center while Dwight was on the bench, it is pic.twitter.com/QbZ9awcXtA

came to this job armed with a clear vision: great defense setting up easy offense. rode that to banner #17. wasn't set up for success these past two seasons and was constantly undercut by the FO, but he's a consummate professional and it's time to move on.

wish him the best!

Would the Lakers ever actually move on from LeBron before he retires?

Now 86 Bron to some other squad so he can play with his son over there. Lakers need to move on from the Bron era.

It really is the strangest photo choice. They could’ve just grabbed one of him coaching near the bench.

“Thanks for the chip coach, you’re fired.” https://t.co/g9RP6QpZed

this is hilarious. "hey, let's tell Woj first yesterday right when the game ends that Frank is out, but we'll let him know on Monday and then it'll all be fine cuz we'll post a lovely thank you tweet." https://t.co/GgUh34oXcq

Woj breaking the news ahead of the team is a whole other story. But anyone who thinks Frank Vogel could’ve won more games with the squad he had and the injuries they were dealt is delusional. That team was doomed this season and they’re likely to be worse next year but we’ll have that conversation in a few months.